#SexIsHuman–Let’s Talk About It, Shall We? 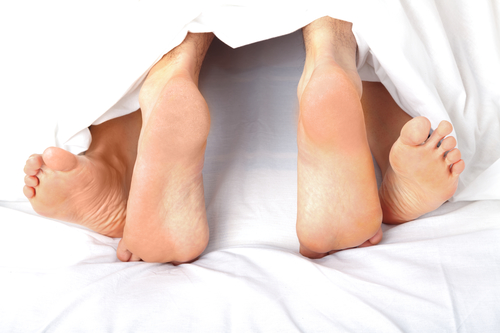 is an entire collection about women and their sexuality as mothers.

Sex changes us. Life changes how we approach sex. Erotica helps us delve into who we are, and it helps us grow. Erotica usually goes into graphic detail, and we shouldn’t be ashamed of that kind of detail.

As a writer, my primary function is to entertain people. Regardless of what genre I am working on, I focus on reader expectation. People buying erotica expect a certain kind of entertainment. When I provide them what they are looking for, I’m happy, they’re happy–we’re all happy!  If I were writing comedy and no one was laughing, I’d be failing. If someone were to send me an email telling me they got off when reading a story, I’d have to take it as a compliment. I don’t really want to know the details, thank you. I’m not so sure I’d be so thrilled about them thinking about “ME” while they get off because…I am not my characters. I use a lot of imagination when I write. LOL.

As a writer in multiple genres, I now use FOUR DIFFERENT names for my writing

The first pen name is one I have told absolutely no one, but it’s making me a good chunk of change. There are kinks in this world that are not well understood, and anytime someone spends any length of time writing to their world, they buy it. Nothing beats feeling understood. This one really borders on the “turned-on claiming to be disgusted” vibe for me. I’m not EVER going to partake in the kind of sexual acts I write about as this pen name, but it’s hard to not get turned on by them anyway. (Fantasy vs. reality is a big part of this whole thing, and worthy of its own discussion sometime.)

I spend an hour or two writing a 2-3,000 word short story, edit it for grammar, slap a home-made cover on it, and publish it for $2.99.  For those of you paying attention–that’s about the same price-point most romance writers choose for their 50,000 word novellas.

The second pen name is for my mainstream erotica and is one I share with people who ask–except certain relatives or guys who are looking at my boobs instead of my face when they ask me about it. Like in the article linked at the beginning of this post, I have been mostly lucky about not being approached by weirdos who conflate me with my writing.

What? Yep. Amazon works against itself by limiting how people see erotica on their storefront.  Amazon dumps kinky stories into their dungeon. Why is this? Amazon totally buys into this ridiculous, pearl-clutching narrative that explicit sex is wrong or needs to be hidden. (Unless it’s a best-seller.) In order to find certain stories, people have to know the name of the story or get lucky with their searches.

The third pen name I use is for a new steamy romance joint pen name that a friend and I are working on together. They don’t want to be identified, but I feel like the basically vanilla sex in it is so far removed from the kinkier stuff I write under my other two pen names that I’m fine sharing it. The main difference between the erotica and the romance is the romance is novella/novel length and the relationship between the people is definitely a romance where they end up with their Happily Ever After.

I love this project because working as a writer is fundamentally a lonely venture. With Juno Chase, I’ve got someone to plot stories with. We hang out together in person to brainstorm characters and nit-pick each other’s writing–tearing it apart and figuring out how to put it back together again. Having a colleague as a writer is precious and awesome! The first is up for sale, the second is going up this week sometime. We’re about to send our fourth book to the editor, and each book is better than the previous one.  The writing is stronger, the plots are more cohesive, and the stories get longer.

The fourth name I write under is my legal name, Laurie Rockenbeck, I am writing mysteries, thrillers, and mainstream fiction. I fully expect to hear from unhappy people when my first novel, Bound to Die comes out. (SOON!) But, there’s no sex in that book, and I expect the hate to come simply from my protagonist being a transmale detective.

What kind of reactions do I get from people?

With the really kinky pen name, I’ve yet to receive any email from anyone. I think the people who read those particular stories are not wanting to be identified. And there are zero reviews on the store-front.  And, while I’m very sex-positive, I would be stupid to not recognize that some kinks and fetishes are considered unusual or even disgusting.

I’ve never gotten any weirdo reactions to my writing about sex in person, either. Most people are intrigued by a middle-aged woman who will actually admit to knowing plenty about flogging and handcuffs. (Research can be a lot of fun.) I’m most often asked “how I got started” writing erotica, not about my own private sexual inclinations.

Note: I completely forgot a fifth name I use for creating content over at blog-mutt. I can’t remember why I didn’t go with my legal name over there, because all I do is write 400 word blog posts for $8 a pop. It’s a quick way to make $32 in an hour when I’m bored.