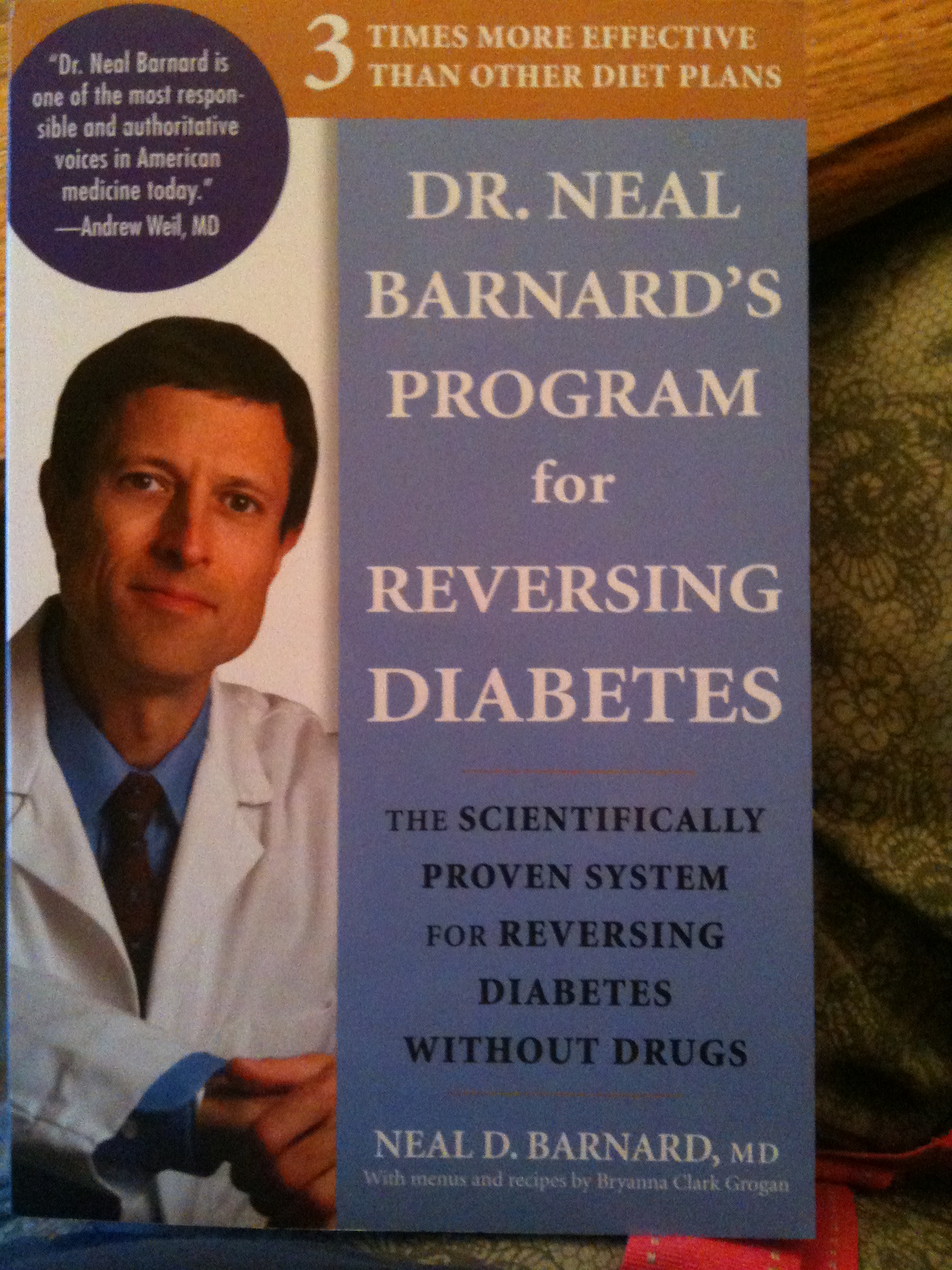 In my previous post about Lizard Spit, I give the general history of my diabetes and a look at the latest treatment I am using. Months later, I was finding my blood sugar manageable and under control. Even so, in November my eye was drawn to the book at the left as I perused the aisles of my Whole Foods Market. People in the Vegan world usually recognize Neal Barnard. He’s been on the “pro-vegan” scene for more than twenty years, and he’s written a bunch of books on why eating vegan is healthy.

I bought it out of curiosity and on a whim, buffered a little by hope. Frankly, as much as I am relieved that the Lizard Spit and Metformin combo I’m taken seem to be doing their job, I’d be more than happy to not have to carry the medicine around in a cooled packet or inject myself twice a day. In fact, if I could, by diet and exercise alone, actually maintain decent blood sugars, I would.

While reading Barnard’s Reversing Diabetes, almost everything I had been taught about how to eat with diabetes was turned on its head. I was completely and totally skeptical, even in the face of clinical studies that clearly show patients with reduced Ha1Cs after following a vegan diet. Add to it that he’s someone that Oprah has given a thumbs up to and my skeptometer was beeping wildly. 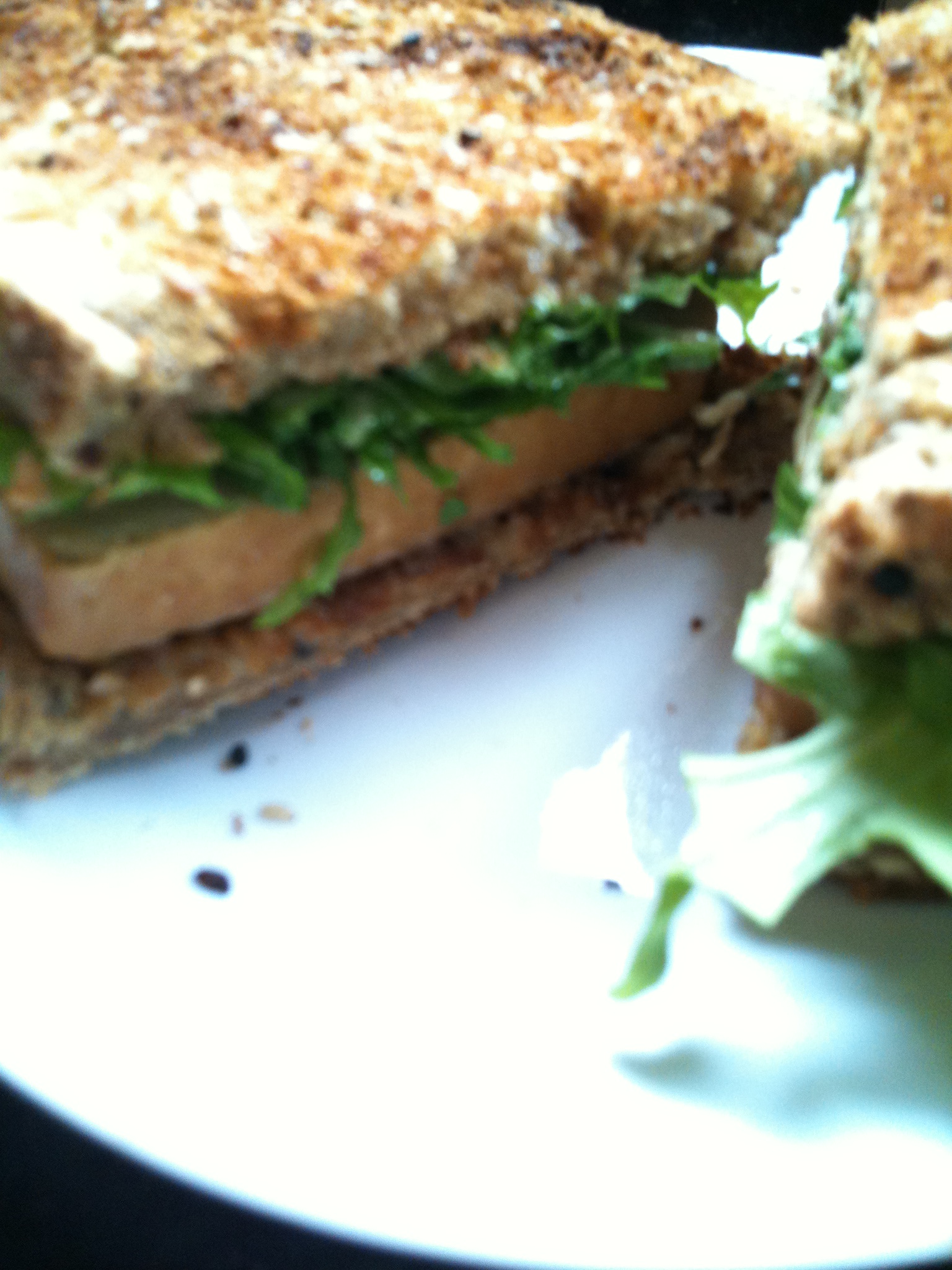 Teriyaki Tofu on Toast with Goddess Dressing and Arugula...Mmmmmm...

The idea of being vegan is one that I’ve found…distasteful. Literally. I LIKE the flavor of meat. I love ribs. BBQ. Ham. Turkey. Chicken. Give me a burger with bacon and cheese and my mouth is a happy mouth. Eggs? Yes! Ice Cream? Love it. Cheese? Puhllllleeeeease, yes.

Still. He’s done three studies with a statistically significant number of patients. And, the numbers are impressive. Can you hear my longing sigh? The one that says, “I wish I could just ignore all of this and continue to just…the things I like!”

I had to see what would happen if I actually started eating the kind of diet that Dr. Barnard recommends. So I started with going Vegan…sort of. Here’s what I mean by that. I’ve gotten it 2/3 of the way there–my breakfasts and lunches have been vegan since the end of November. I’d say fully a half of my dinners have been as well. The youngest is less than thrilled with this arrangement, but everyone else seems to be okay with it so far. Almost everything I’ve tried has been really, really good.

Oh…and my blood sugars have plummeted. Like. A. Rock.