I’ve been a slacker at the piano lately. It’s not that I don’t want to play or practice, I just don’t enjoy it as much when I sound like crap. The other night my oldest child had a Eurythmy performance at school, where her class moved to a Chopin Nocturne that had me thinking, “I can play that piece better than the accompanist. At least, I USED to be able to play that piece better.” 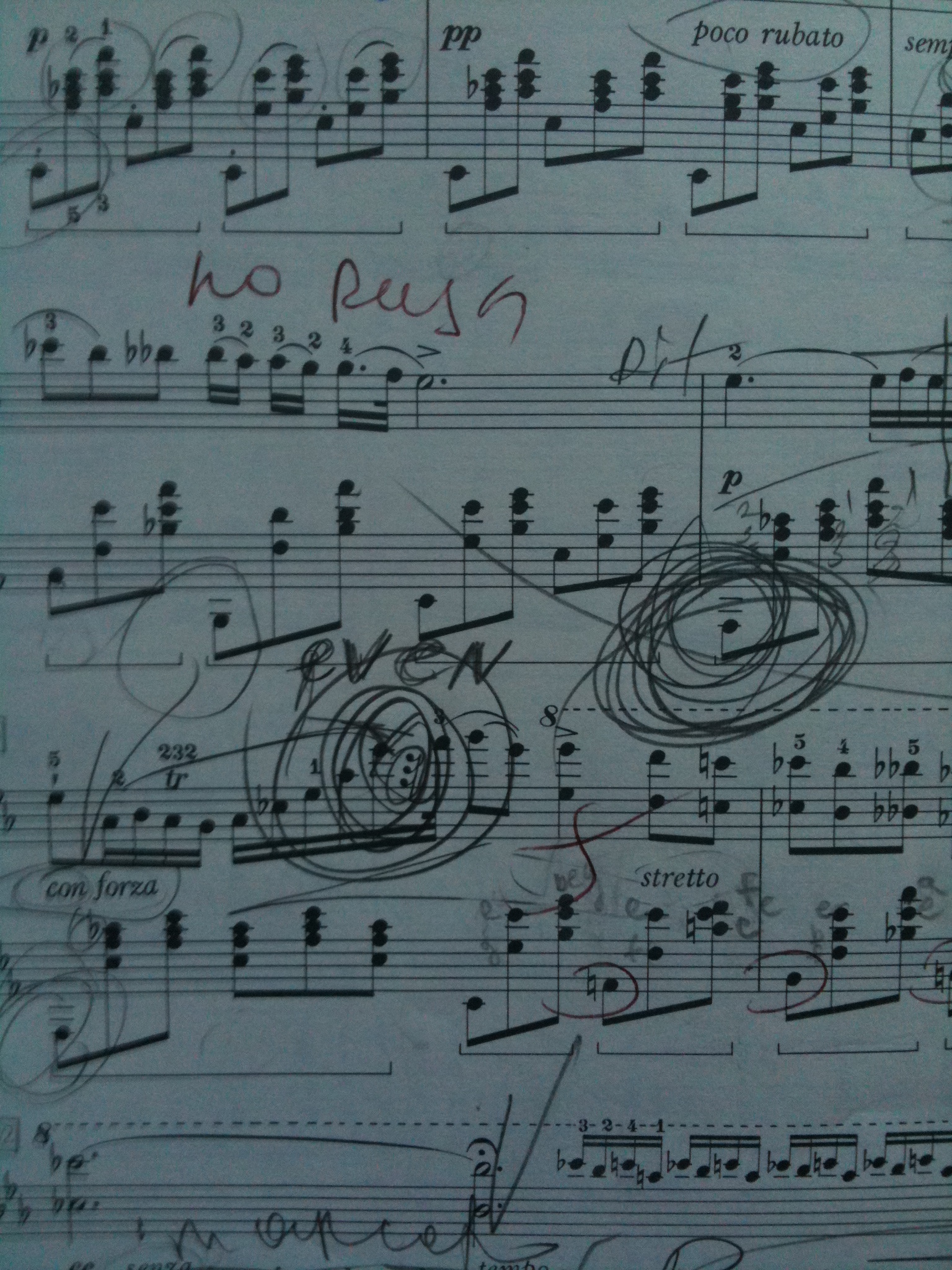 Got to thinking about it today and pulled it off the shelf. The photo to the left tells a bit of my struggles with music. Anyone who’s heard me play or sing knows I am rhythmically challenged. Metronomes help, but the best thing for me is to play Debussy or other Impressionists who make liberal use of rubato and whose rhythm markings are left for open interpretation. This doesn’t, however, stop me from playing music that has more strict timing. I managed to stumble my way through the Chopin, but found myself growing increasingly annoyed at the fact that I could hear the machinery from the road project over the piano. The piece didn’t fit my increasingly agitated mood. The clumping and thumping and grinding from down the hill had me gritting my teeth, and I tossed the Chopin aside rather than work at perfecting it.

I pulled out a couple of standard power pieces and got to playing. Really playing. Oh, yeah…I lifted the lid on the piano to it’s full tilt–something I don’t do much because the cats seem to think the inside of the piano is their personal playground. It’s a small thing, this powerful feeling that comes along with certain pieces of music, but it was great. Sure, I fumbled a tiny bit on the faster parts of the Pathetique, and my fingers are sort of in pain after trying to go for those magnificent reaches in the Rachmaninoff, but I didn’t hear a single sound from the machines outside while I was playing. There’s nothing like playing big music on a grand piano with the lid open.

For reference:
The Beethoven with way more applause than I got from the cats. And the Rachmaninov. Both pieces begin rather tame and then get more finger-trippingly loud as they go along. Maybe I just got into them enough that I was completely distracted from the road work. I don’t know, but it felt good to play with some old friends.