Ambrosia from the Orchard 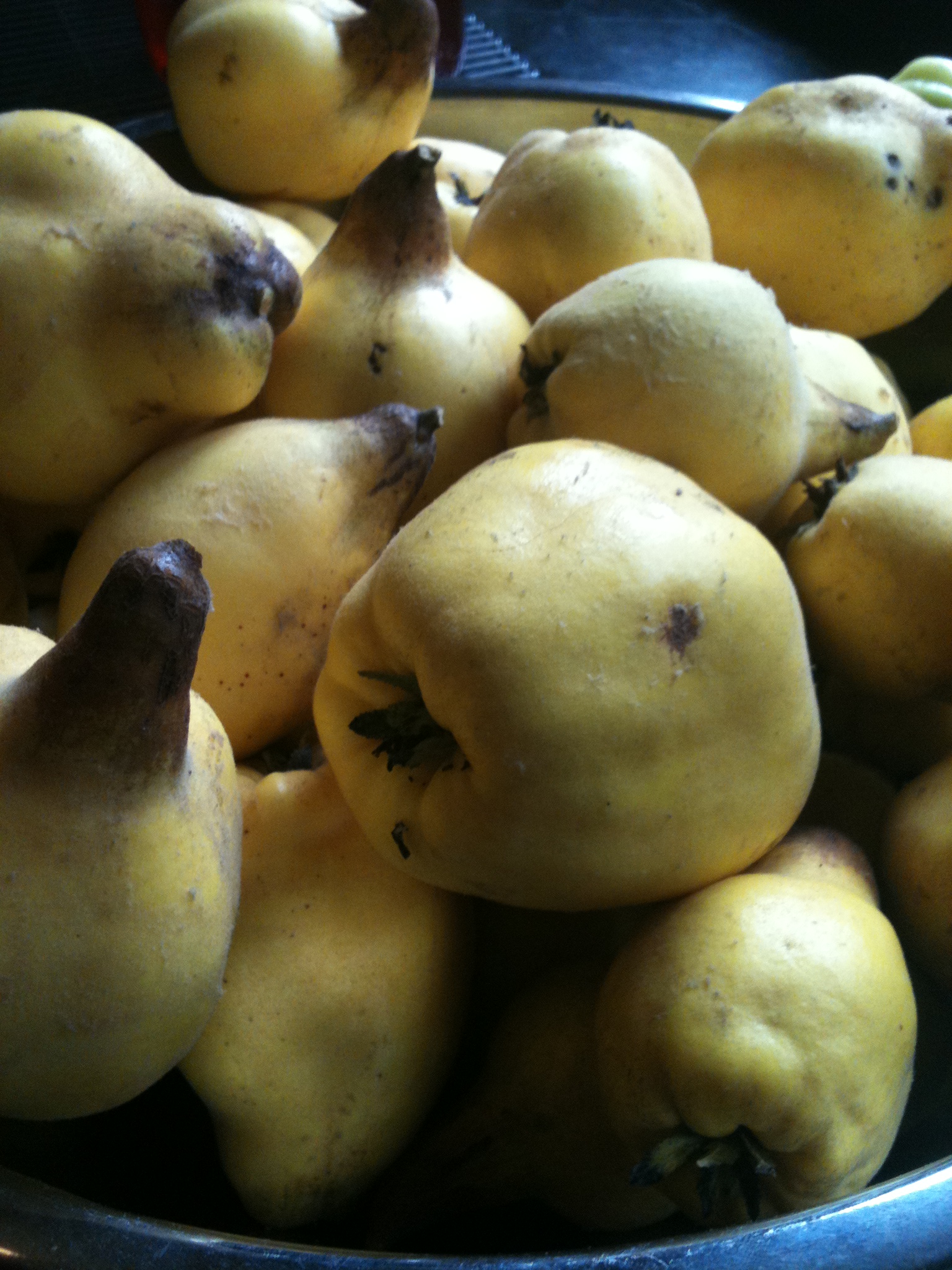 One bowl, about a third of the total harvest. These are "Smyrna" quinces.

Last year’s quince harvest was lame–a singular fruit that I think I forgot about in the depths of the fridge. In the linked post, I was bemoaning the lack of quince while still dealing with the remaining jars of “not quite jelly” from the 2009 harvest. This year’s was more like the one in 2009, giving some credence to the “every-other-year” theory of fruit production.

I wasn’t exactly thrilled to have to deal with three huge bowls of quinces this weekend, but I also didn’t want to watch the fruit drop to the ground and get eaten and stomped to mush by the deer. We already lost a bunch of apples that way, and I didn’t want that to happen to this precious fruit.

It used to be every orchard had a quince tree, but the fruit has gone out of favor. I’ve seen small quantities of PCC in the fall, but it’s never available out of season. The rise of commercial pectin has made making jelly extremely easy and the humble quince unnecessary for the process. Before “Sure-Jell” and “Pomona’s Pectin” the home jelly maker had to rely upon quince or very long hours of cooking to make jelly. A quince or two in the jelly pot would provide enough jell-factor for just about any fruit. And still does, but who needs a quince when you have a sure-fire way of making jelly without it?

According to mythology, the quince was a gift from Aphrodite, the goddess of love. Thus quinces are widely represented in Greek paintings and mosaics as a symbol of commitment and fertility. An Athenian wedding tradition called for friends and family to toss quinces into the bridal chariot after a wedding. Some scholars even believe that quince may have been the “forbidden fruit” that Eve fed to Adam.

After washing, the fruit is cut into chunks and put into a big pot to cook until soft.

A number of people have told me they’ve never had quince before. I thought, “I’ll make a bunch of jelly and put it in small jars so I can let more people taste this stuff. I’ll make converts. People will rise up and demand quince trees all over the world!” Imagine my surprise when I couldn’t find 8oz jars at the store! Seriously? I am pretty sure people do not want a quart of any kind of jelly, no matter how delicious. I went through my stock and found about a dozen 1/2pt jars and eventually ended up ordering more online. Turns out that the best place to get canning jars is Ace Hardware.

I have more than five gallons of quince juice from two different trees. I’ll put at least half of that into jelly–made the old-fashioned “add sugar and cook for a long time” method. The other half will stay in the freezer and be turned into the Persian drink I mentioned in the blog post linked at top. I finished cooking the last batch of fruit just a little while ago, and the heady scent fills the house in a most delicious way. 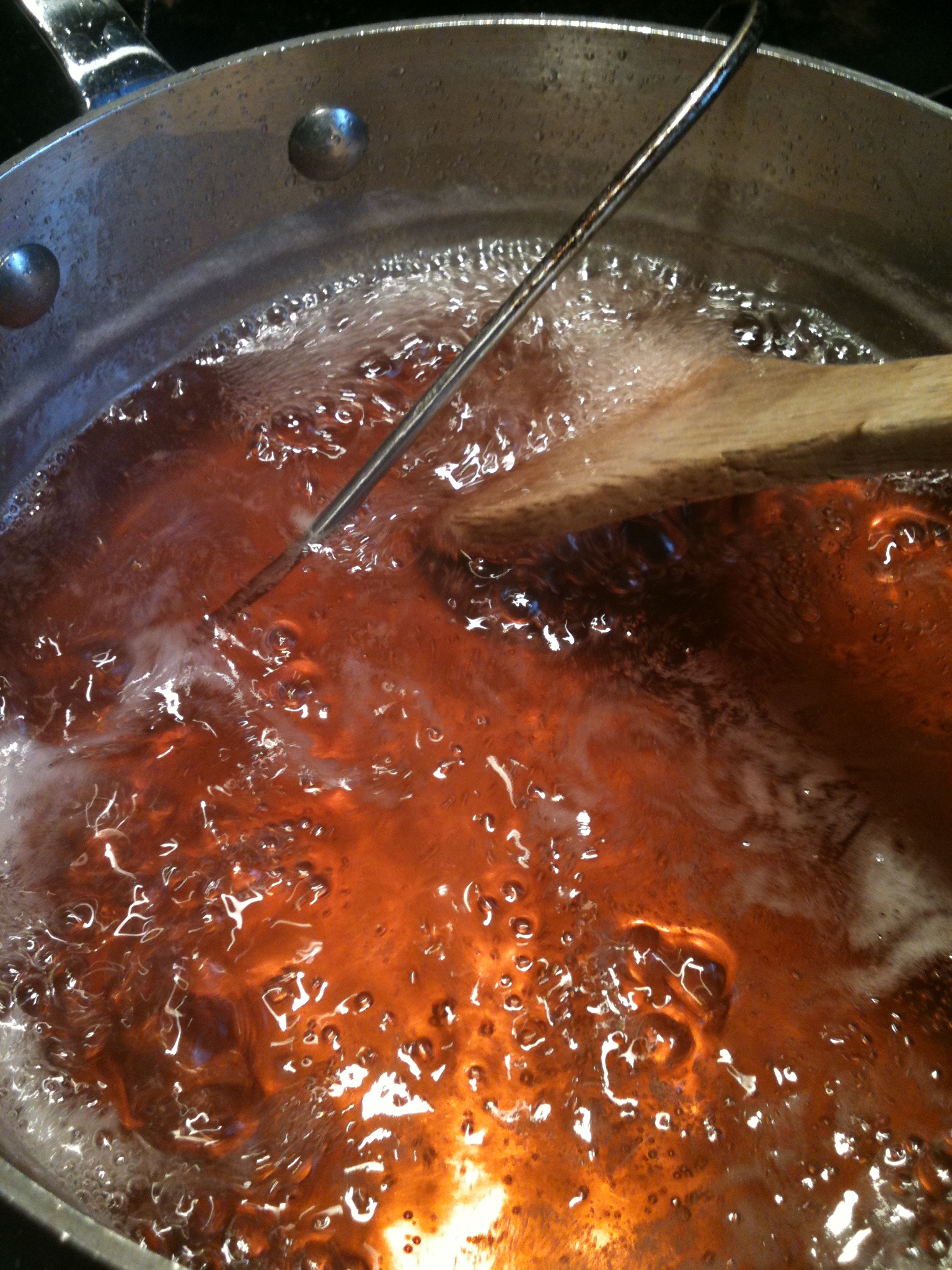 The juice is strained and then cooked in small, four cup batches, to make jelly. I use about 3/4 C sugar per cup of juice and take it to 219 degrees F. It's about half an hour of standing and stirring. 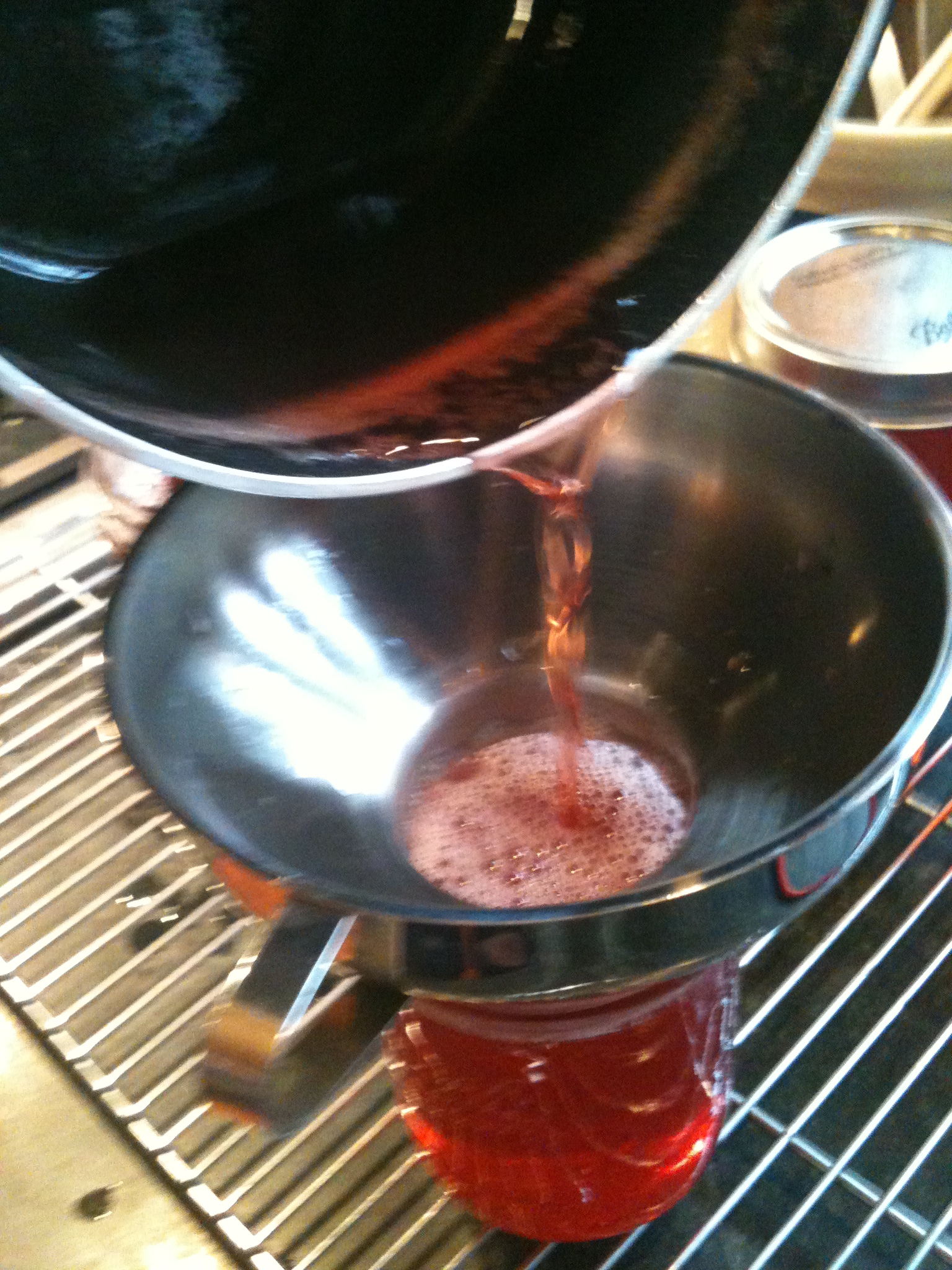 The jelly is poured into hot, clean jars and left to seal. 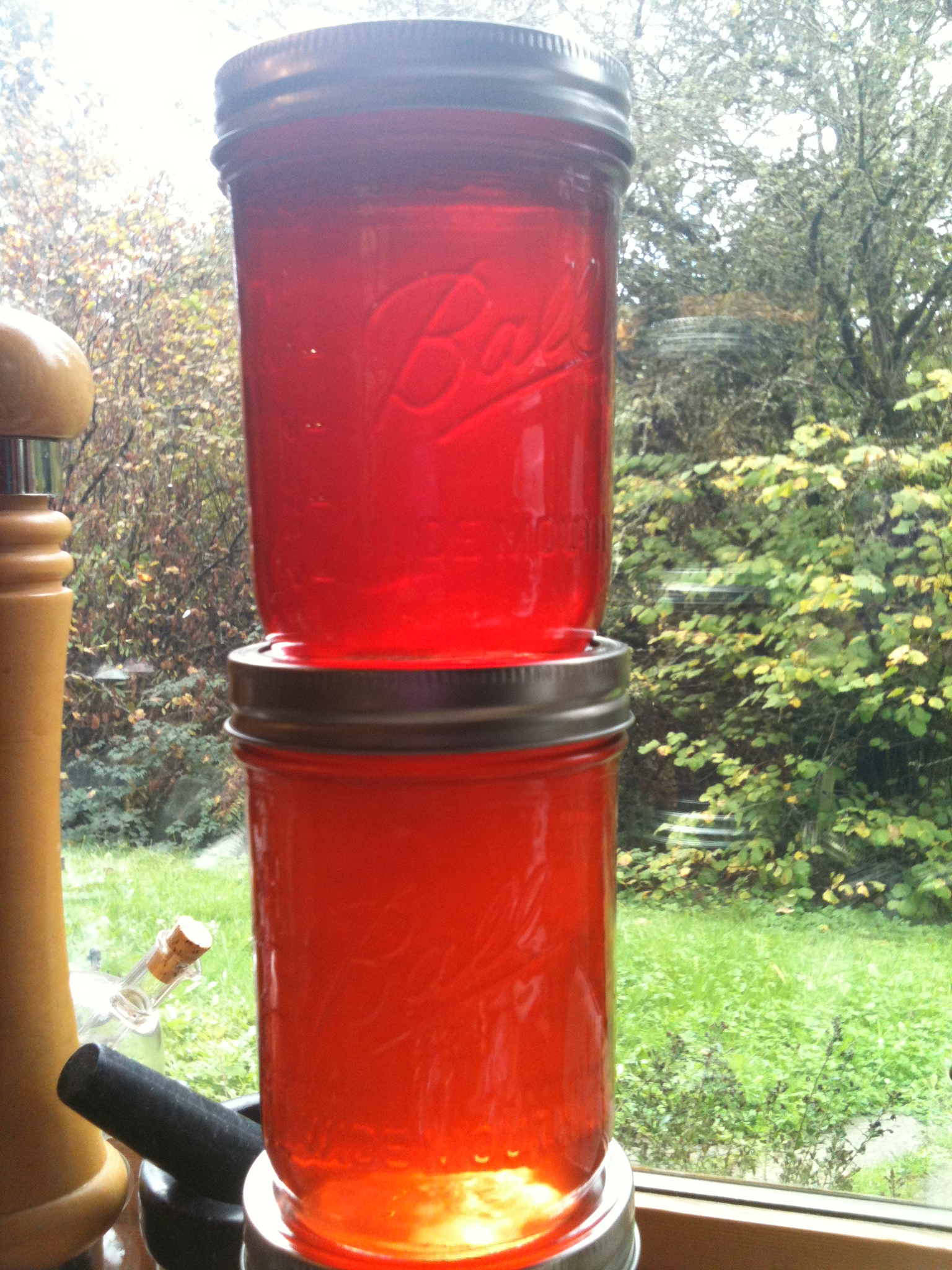 The final color of the jelly is magical. The fruit is yellow, gets brownish when it oxidizes, and then turns into a lovely jewel.