It’s National Pie Day, according to the Pie Council that is. I didn’t even KNOW there was a Pie Council, let alone a National Pie Day until I heard about it on KUOW today. Local Pie Bakers were on hand to answer questions about pie to celebrate. Those of you who know me know I will likely take any reason, any reason AT ALL, to make pie. Heck, I made a rhubarb pie last week because…there was rhubarb at the store. That and the fact we had a very disappointing rhubarb dessert when we ate out the week before. I’d been hankering for something seriously rhubarby for a while. But, seriously, this family is a pie family. 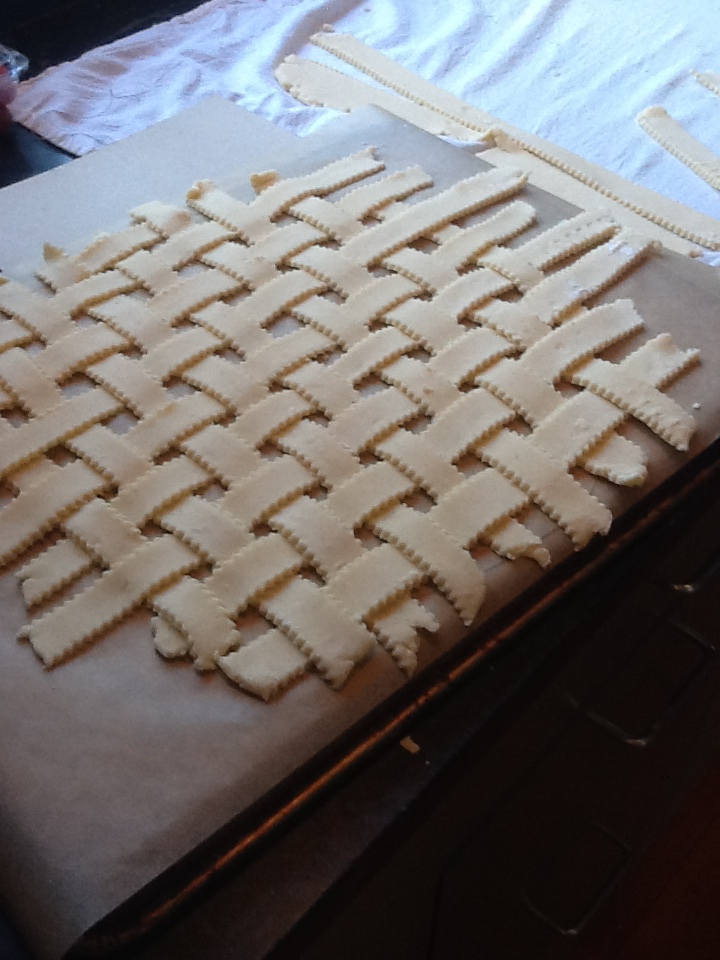 In honor of the day, I put together a cherry pie with a lattice crust. After my Thanksgiving Lemon Pie mess, I was a little leery of trying it again so soon. So, I tried this new thing my friend told me about where you make the lattice crust on top of a flat surface, not the pie filling itself. It’s pretty fast to put together on parchment on top of a cookie sheet. The thing I forgot to do was to freeze it solid after putting it together. So, after an hour of resting in the fridge, I still had a malleable dough that did not want to just slide right off the parchment. Since the cherries were firm and not as liquid as the lemon filling, I just transferred the lattice one piece at a time, rebuilding it on top. Next time, I’ll freeze the lattice solid before trying to move it, but the filling was already in the shell and I didn’t want the bottom to get wet and soggy while waiting for the top to freeze. The concept seems sound even if my execution this time around wasn’t. The finished lattice isn’t as precise as the raw one because it fell apart with my fumbled attempts at transferring it over, but it will do.