I won’t pretend I understand the composition to the left here, but it sure looks fancy, doesn’t it?  Exenatide is the name used for the synthetic version of Gila Monster Venom.  A part of me was disappointed to learn that I’m injecting a synthetic form of the stuff and not using actual venom.  Another part of me was relieved there aren’t a bunch of  little creatures being squeezed for their juices on my account–or whatever form of extraction one can imagine.

I’m what’s called a Type II diabetic.  I “went diabetic” when I was pregnant with my youngest child and never went back to normal after he was born.   I spent a long time thinking it would just go away–turns out that realllllllly doesn’t work.

After spending several years struggling with just diet and exercise and one oral medication called Metformin, I wanted something else to help.   I had already dropped a bunch of weight and had plateaued on a rather rigorous exercise and food regimen.   When I was doing everything right–eating six “food events” of 150-300 calories a day, doing one long and two short cardio workouts a day, and taking the metformin–the best I could hope for in my fasting blood sugar was around 150-160.  That’s way too high for me and my doctor, so we agreed it was time to up the medication.

Most people would shy away from using a needle twice a day, but not me.  After my lengthy infertility struggle where I got to inject myself several times a day with two-inch long needles,  the little tiny things they call needles seem like nothing.    When my doctor suggested I try Byetta to help with my blood sugar controls, I jumped at the chance to see if it would work.

After two full months on Byetta, combined with Metformin and all the rest, I’m hitting around 120 in the mornings.  There are times during the day when I’ll test and I’m as low as a normal person.  I’m beginning to feel less shaky when I get there, too.    So, Hurray for Lizard Spit! 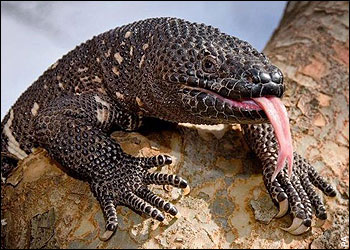 Here’s a link to the wiki http://en.wikipedia.org/wiki/Exenatide that can give you more details on exactly how it works.