Lucky to be American 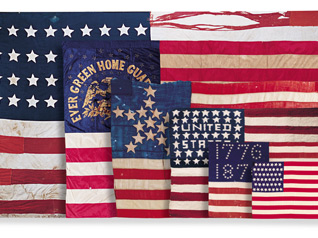 I cringe whenever I hear someone say they are “Proud to be an American.”  Pride is the feeling of satisfaction with meeting personal goals, usually set by oneself.  Being born on American soil or to American parents is luck. There is nothing magical or pre-ordained that gave me the life that I’ve led.  It was all a glorious happenstance that I was created at all, and the fact that I was born into a family living in a land of privilege is part of that coincidence.  (I also think being proud you have red hair or blue eyes is equally absurd a notion.)

I feel lucky that I wasn’t born the unfortunate daughter of an Indian laborer destined to work as a slave in the sweat shops in Dehli.  I blink in disbelief and horror whenever I hear a woman is stoned to death under Sharia Law.   I shudder at the very thought that I could have been born in Egypt, Sudan, Mali or Ehtiopia where girls routinely undergo Genital Mutilation for the sake of  “tradition.”

Heck, I could go on and on about the human rights abuses against women in foreign countries and find myself falling in a heap of tears about being able to do nothing to change things.   There are a few things wrong with this country.  Most assuredly.  We still have slavery–from sex slaves  [http://www.slate.com/id/2094414] to illegal immigrant children working  in our overly mono-cultured fields.  [http://www.youtube.com/watch?v=BYEmolAeBmU]  Racism abounds.  Poverty shows itself everywhere I go.  I don’t think the United States of America is perfect.  Not by a long shot.  But, it is what I know.  And love.  Yes.  I LOVE being an American.

Even with all the imperfections I see and all the disagreements I have with family and friends over the minutia of politics, I think we’ve got a pretty darn good thing going here.  Whether you are a Democrat or a Republican, you can point to things that make the United States of America look like it’s about to collapse and implode.  However, I think that, no matter what party you belong to, you have to look around the world and think…wow.  We’re not really doing things that badly.    I’m just glad I was lucky enough to be born here.