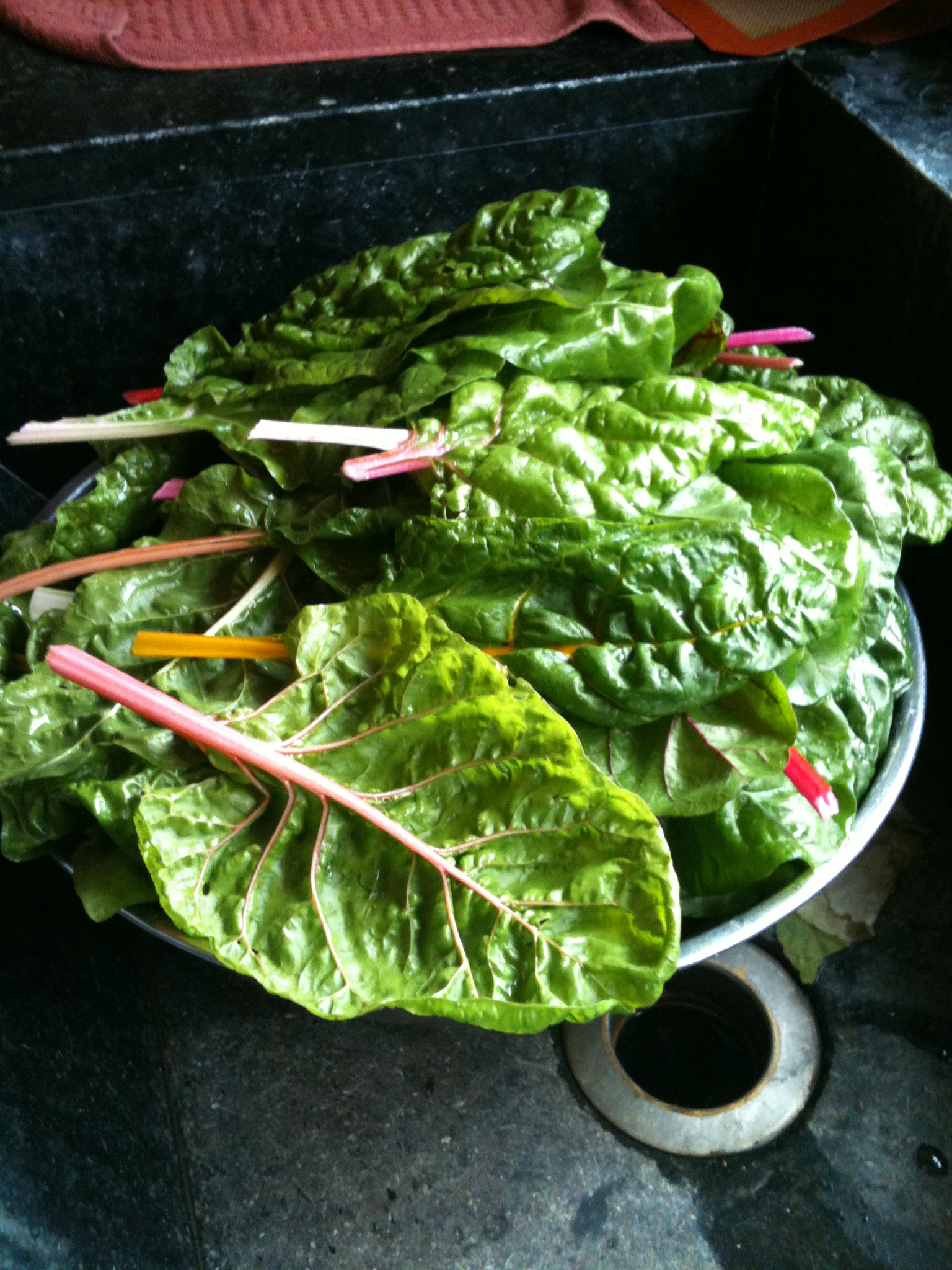 It’s hard to not be excited about creating dinner from the garden. The poor weather we’ve been having has had the side-effect of creating a bounty of fresh greens in the garden. I cleaned the batch you see pictured and realized that there was going to be more than enough for one meal. Even with all of us happily eating a meal, we can only eat so much Swiss chard. Okay, maybe not Bill. That hubby of mine can put away any green like no-one else on the planet. But still. My son, who is eight, has yet to develop that same love of greens, but he did eat a pretty good sized piece without much complaint.

I had some potatoes from the garden and decided to go with what I know sort of works. No recipe book, just out of the head. (Oh, I know it’s not vegan.)

After the potatoes are steamed, toss them into a bowl and mash them with a fork. Don’t worry about getting them smooth, just don’t leave huge chunks. While the potatoes cool, saute the onions and garlic until tender. Once the onion has wilted, add the chopped greens and cook until they are dry. You want all the water out of the greens, and the mixture will get a little sticky, so use a non-stick pan. Once the greens are cooked, season with salt, pepper and a bit of nutmeg. Add this to the potatoes. Whisk the eggs and cream and stir into the veggies. Mix in half the cheese. Put in a pie pan, sprayed with non-stick spray. Sprinkle remaining cheese on top and bake in 350 degree oven until brown and bubbly.