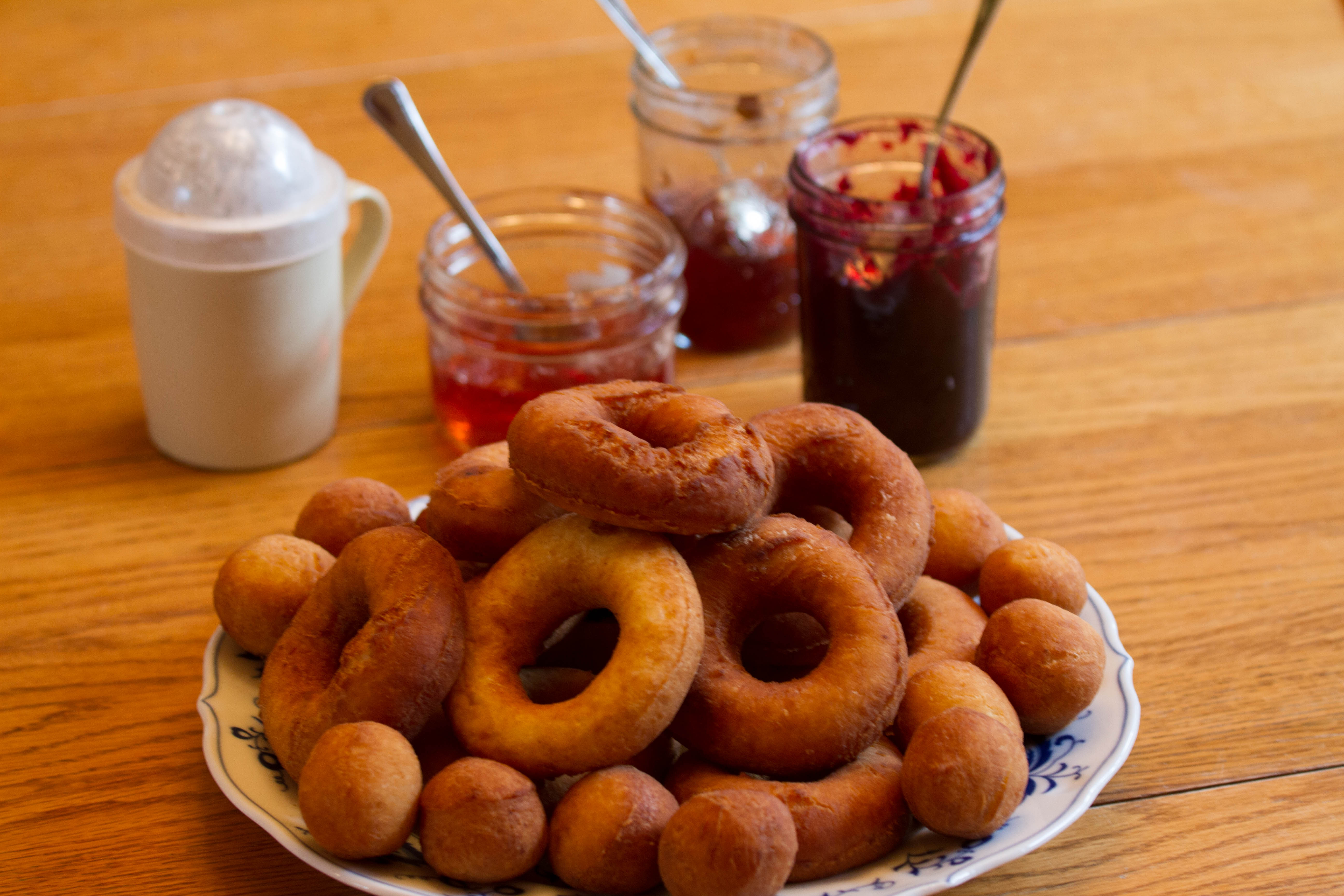 A few people I’ve chatted with in the last couple of weeks know I was invited to be a guest blogger at Full Circle Farms this weekend. They know this because I have been talking about leftovers and making leftovers before Thanksgiving to prep for the blog. Even if I had recipes I had made before that I knew would work (like Turkey Corn Soup) I didn’t have any pictures, so I spent the week before cooking turkey, mashed potatoes, and stuffing to see what I could come up with.

The link above takes you to Full Circle Farm’s blog, and the recipes will be put up over the next couple of days. You might note that the FCF blog doesn’t have any recipes that included mashed potatoes. I chose the five that I did because they weren’t particularly involved recipes. Who wants to spend two hours or more to make a leftover dish? Well…I do, but this one seemed a bit much in some ways. If, however, you are looking for a way to have that last cup or so of mashed potato on a cool weekend morning, go ahead and give these a try.

Grandma Herbert’s Potato Donuts
My grandma ran the little café in Roberts, Montana for years. We used to visit during summer vacation, and she always had some donuts in the case. Of course, this was the 70’s and she also had a deep fryer. Today’s kitchen doesn’t usually deal with a lot of hot fat, but we’ve learned that using a wok makes for a decent alternative. Paying attention to the temperature isn’t as hard as it seems. (Plus it gives my husband the perfect excuse for pulling out his point and shoot thermometer.) My grandma’s original recipe was pretty vague, so I’ve taken her notes and played with it a little bit. It’s kind of funny to take a cup of leftovers and spend an hour (or more) on them, but it’s also pretty dang tasty. Healthy? Okay, so maybe it’s not the most health conscious menu item, but it sure is delicious. (You might skip this recipe if you are one of those non-traditional turkey day cooks who adds things like garlic or truffle oil to your mash.)

Mix the ingredients together and add flour until it is firm enough to withstand rolling. The smaller the amount of flour, the lighter the donuts will be. (I left the amount of nutmeg up to you. Some people like it better than others, so if you love nutmeg use the full tsp or more.)

Heat the oil in a wok to 375 ° F. If you don’t have a thermometer, you can tell the oil is hot enough when a bit of dough dropped into it drops toward the bottom but immediately zooms back up to the top.

While the oil heats, roll out the dough and cut into shapes using a donut cutter or a large glass and a small biscuit cutter. Gathering the leftovers of each rolling and re-rolling and cutting until you have used up the dough.

Cook two-three donuts and a time, depending on the size of your wok or fryer. You want each piece to have some room around them. Let each side cook until golden brown, flipping as needed. I put my fried foods on a metal cooling rack over paper towels, rather than directly on paper towels so they don’t sit in cooling oil. Serve warm or at room temperature, sprinkle with powdered sugar, cinnamon sugar, or leave plain and eat with jelly or jam.

(For an apple cider version of the above, take two cups grated apple and sauté with a tbsp butter and a Tbsp Calvados until the apple is soft but not mushy. Let cool. Make the above recipe using apple cider instead of milk, add 2 Tbsp. Calvados and add 1/2 tsp. baking soda and 1 tsp. cinnamon to the mix. Stir the cooled apple into wet ingredients, add the dry and proceed to cut and fry. Then devour.)