The Best Ever Summer Salad 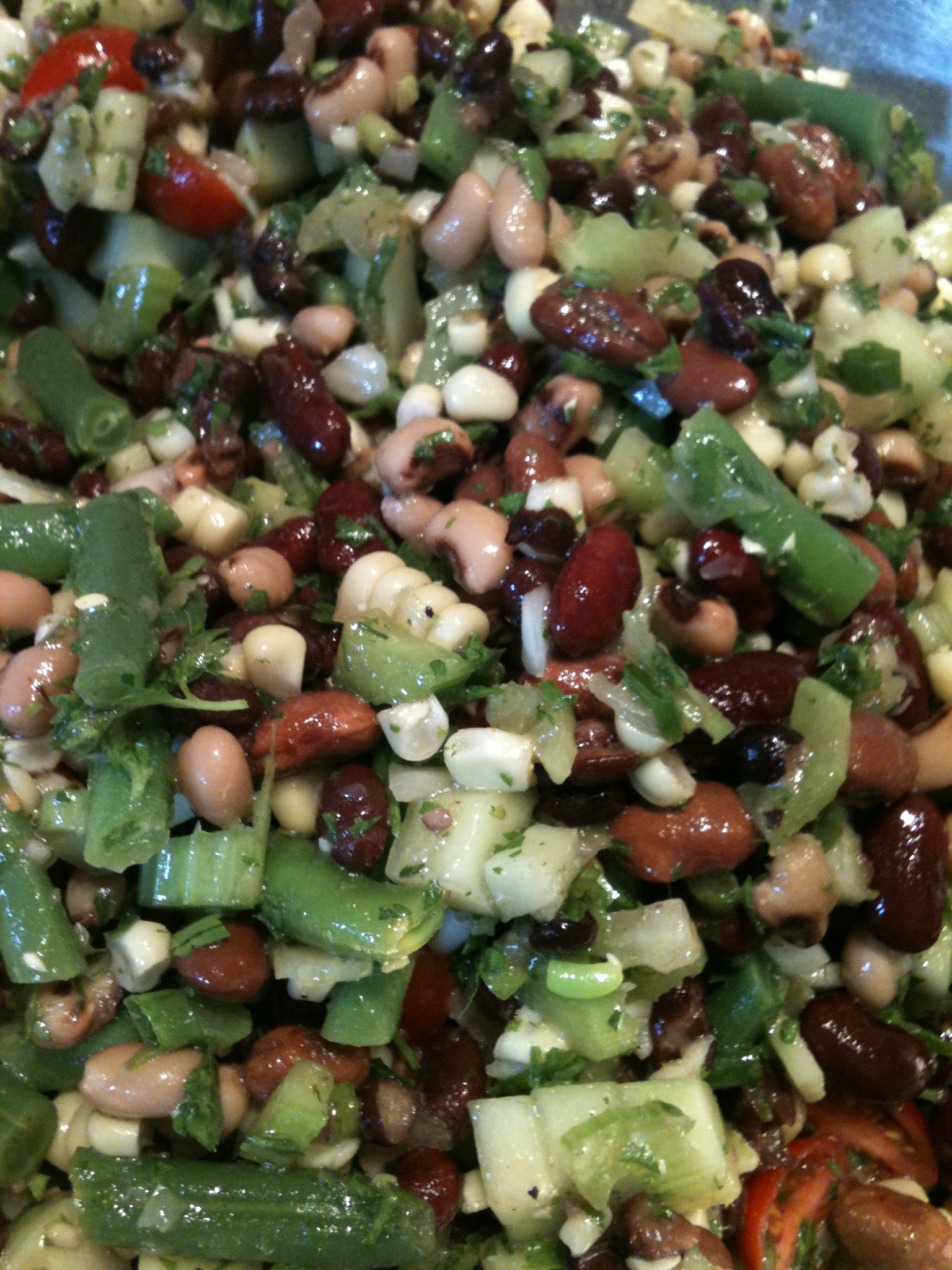 The smell of garlic, herbs and summery freshness fill the room.

Bill first found this recipe in Christopher Kimball’s Yellow Farmhouse Cookbook. I take no credit for the yumminess to be found other than that I actually do all the shopping and chopping. One of the things that I love about this salad is it’s “naturally vegan.” What I mean is, it is in a traditional cookbook and needs absolutely no modification. It’s very approachable by people who are wary of things with the big “V” attached to it. I tend to shy away from “fake meats” and can totally relate to being rather suspicious of what is in something if it doesn’t have what I am used to.

After three weeks away with limited fresh vegetables to be found, I jumped at the chance to make this for a potluck we are going to this evening. It’s hard to beat the smell of freshly snipped oregano from the garden with garlic, lemon, and fresh veggies. 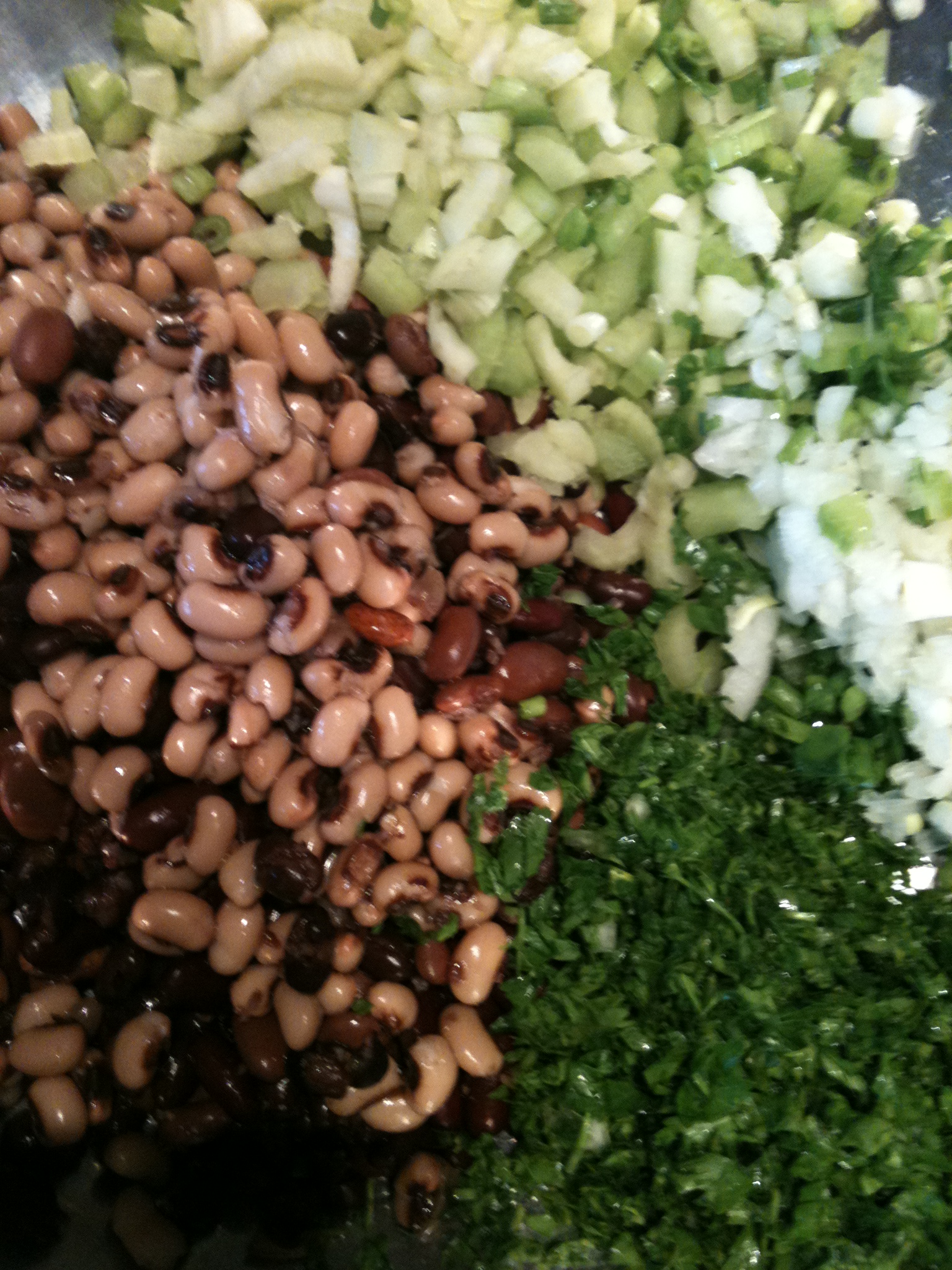 The basic ingredients are four cups beans (any variety of legume will do), two tablespoons onion, three chopped scallions (or some chives), chopped parsley and two ribs celery. These get mixed with two tablespoons lemon juice. I’ll note that I don’t follow the exact proportions all that closely. It’s just a salad, so almost any combo of good stuff is going to taste great. 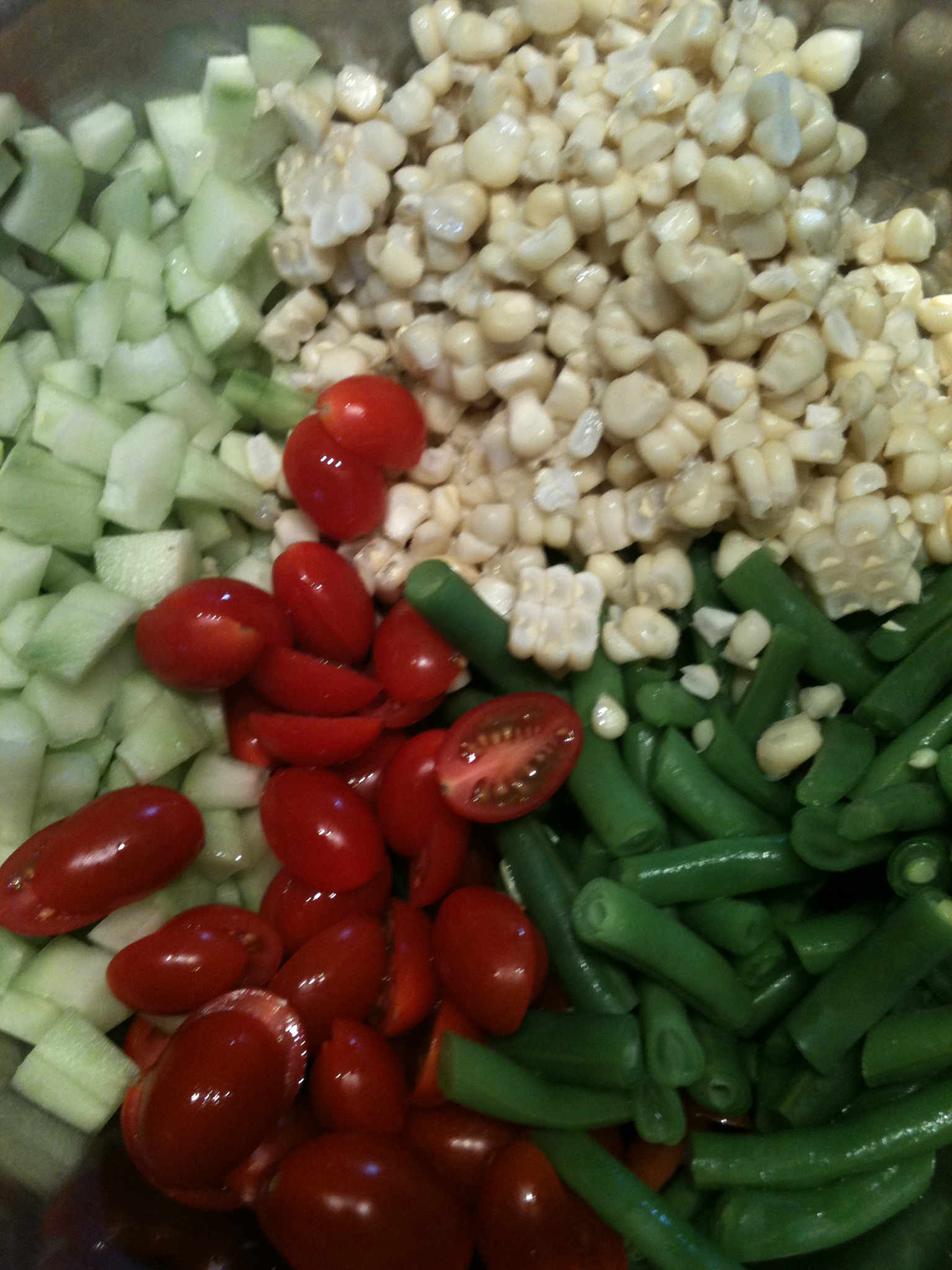 Kimball lists a large number of “optional ingredients.” This is, in my mind a “what do you have in the fridge/garden” sort of decision. Today, we have cucumber, corn, cherry tomatoes, and green beans (cut and cooked until just tender.) I think almost any veggie will work here except I’d caution against mushrooms. I tried that once and they got slimy on the second day. And trust me, this salad is all about the second day. I hope there are leftovers tonight! 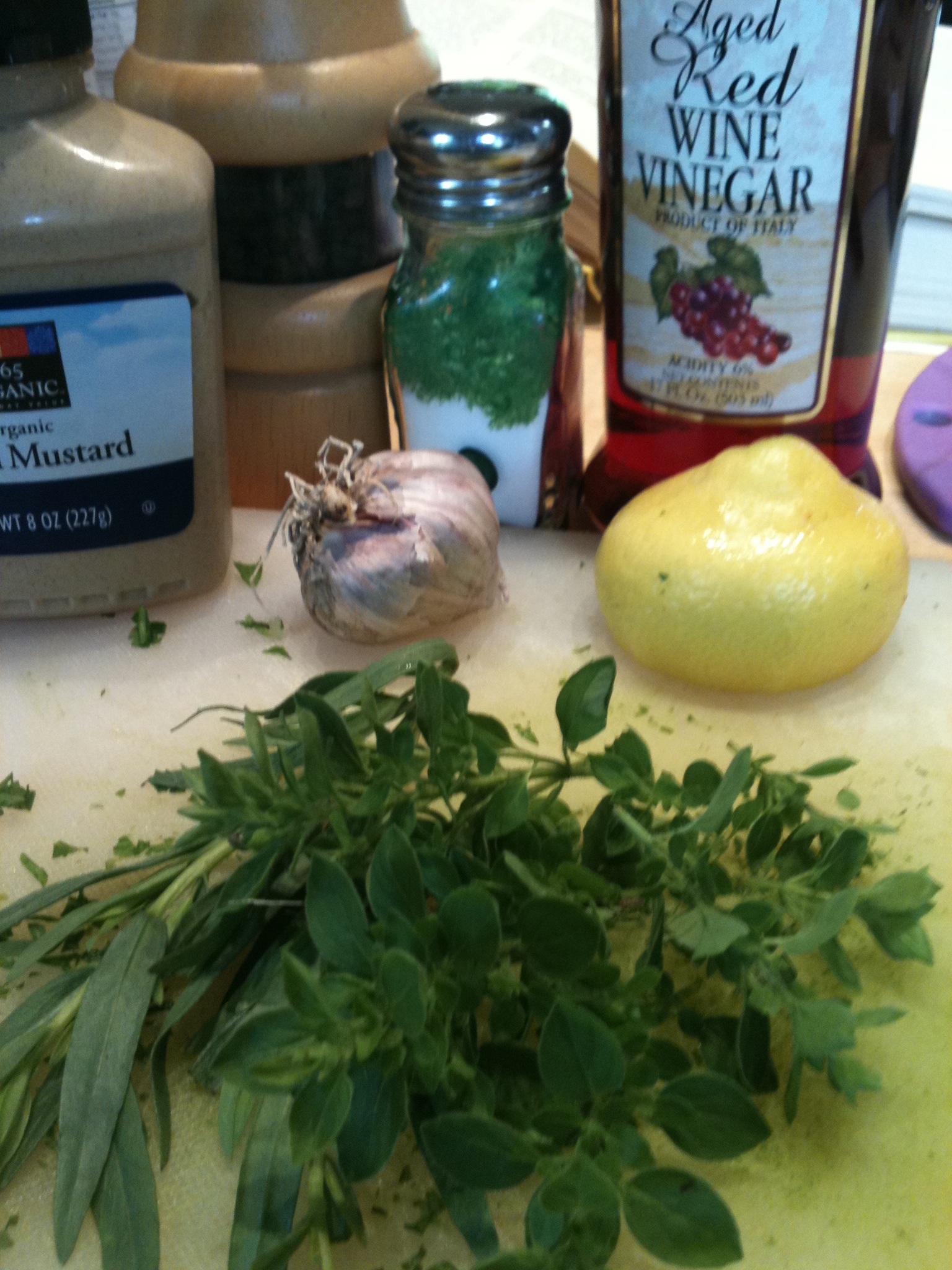 The dressing starts with three tablespoons red vinegar, whisked with a 1/4 teaspoon salt and fresh black pepper. Whisk it up and add in two tablespoons (fresh, not dried) tarragon, two tablespoons (fresh, not dried) oregano chopped together with two cloves garlic. Add that to the vinegar with a tablespoon dijon mustard and whisk in 1/2 cup to 3/4 olive oil until it’s thick and creamy. Toss the salad with the dressing and put it in the fridge for a couple of hours. Stir it around every hour or so to bring the dressing back up to the top. Just before serving, taste to see if you want more lemon, salt and pepper. Beans very with how well they take up the flavor, so this last step can make a difference.