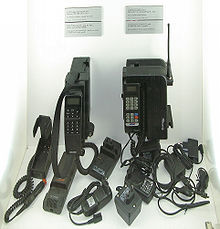 So, here I am, committing myself to editing this novel I started a long time ago. It’s the one a lot of friends have heard me talk about–Bess loses her entire family in a fire, moves to Redmond to live with her gay aunt, and goes survivor-guilt-crazy with sex and drugs. My daughter called the first draft a depressing read, but the agent who read the first 75 pages asked for the entire novel within two weeks–a clear sign of “Literary Fiction”, right? I rushed to complete the thing, a noob mistake I’ll never do again, and I shelved it after hearing that the pacing was off after the first 75 pages. No surprise, really. I took two years of meticulous crafting to complete the first 75 pages and six months for the last 250.

After a couple of years on the shelf, it’s been creeping back into my consciousness lately, both as ‘unfinished business’ and a real desire to see the story completed. I have been struggling with the problem created by the unreliable narrator of a mentally ill fifteen year old. I finally figured out how to re-write the novel to solve the problem, but it means, well, re-writing the novel. Almost all of it. At 120,000 words,it was heartbreaking for me to contemplate trashing so much of that work. This is the hard part of writing…editing. Tossing out the chaff, recognizing what doesn’t work and just moving on.

I have committed to two hours a day of editing work on this particular novel, followed by the daily promise of blogging or writing erotica as a reward. If I lose myself in the editing process, that will be awesome, but this part of the journey is torturous.

Here’s an example of what is going to take up time that has little to do with the actual word-craft. I’ve changed the timeline so that a good part of the story takes place in 1991. I originally wrote it as a contemporary piece, and find myself in a bit of a bind. A character has slipped and fallen and needs help. In the original draft, she pulls her phone out of her pocket and calls for help. The re-write has the story taking place in a fictional remote town in Kentucky in 1991. See where this is going?

Argh. Not only did I need to find out if there were cell phones in 1991 (there were, see the photo), but I needed to decide if cell phone coverage would have been likely in a remote town in Kentucky. A single line in the text, and I’ve spent half an hour or more looking into how much one detail changes the scene entirely. (Try finding a map of cell phone coverage for 1991.)

Looking for one bit of information, sends me on a Wikipedia click fest in no time. I had no idea that the first portable handset was developed in 1973. I don’t remember seeing one until I was working at Quadtek in 1990. It was this huge brick of a thing that spent most of it’s time attached to the wall charging. We bought my first in 1994 when I was pregnant with our first child, and though it was a good deal smaller, it was still pre-flip phone. So, for someone to be carrying one in 1991, it probably wouldn’t be in her pocket, and she probably wouldn’t be using it out in the middle of nowhere.

Now I am looking at a section that I had written entirely in email format. Yikes. When did home email become common, and would a teenager in a small town in Kentucky have access to it? This is not a rhetorical question. *sigh*