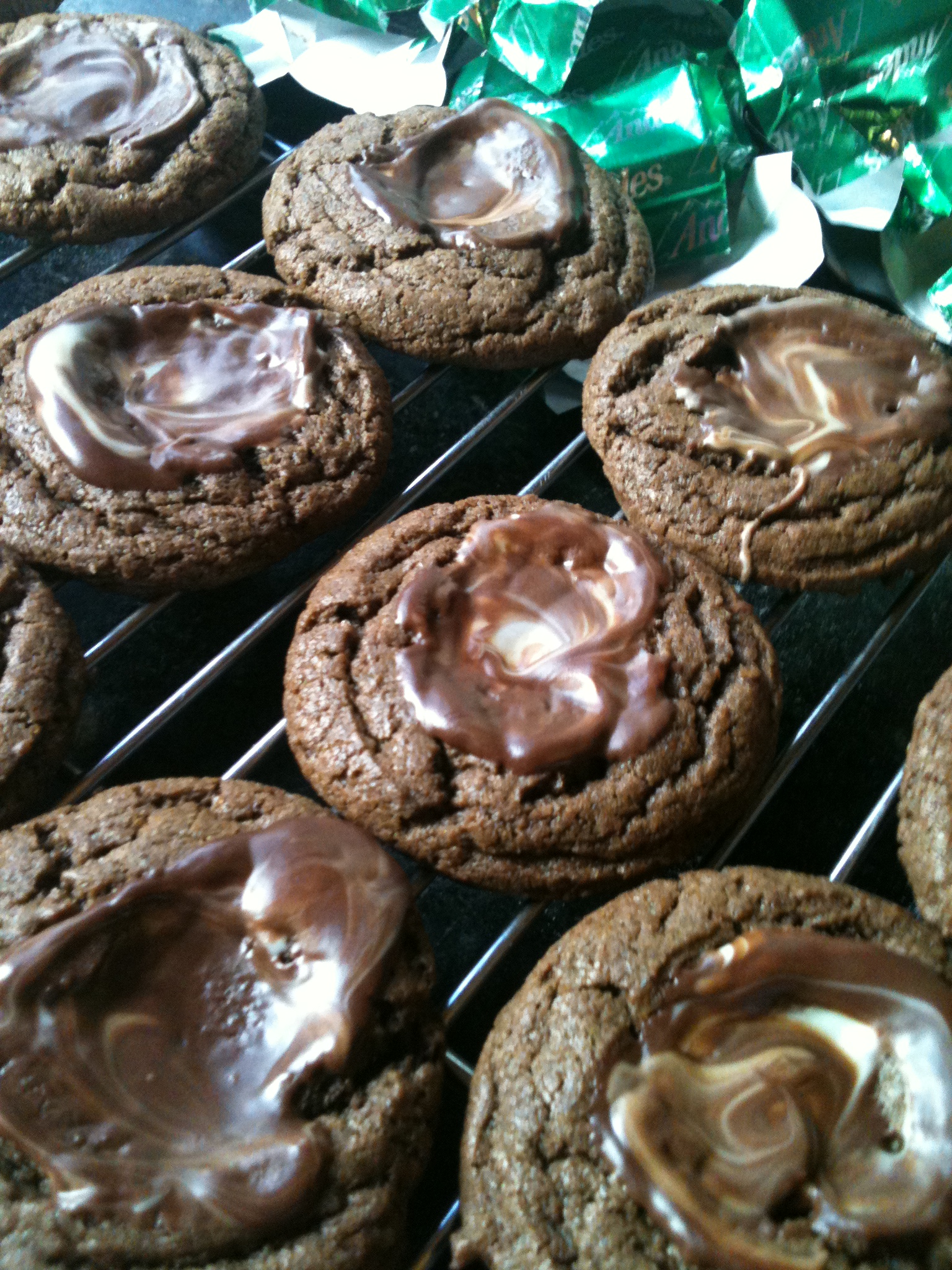 A couple of weeks ago, I posted about my annual cookie baking spree that I usually go on before Christmas.  My mom used to do it, and, well, it is a family tradition bordering on something sacred.  And, you don’t mess with sacred.  Right?

Right.  So, here’s the thing.  I have very much felt compelled to carry on the tradition by making all the same cookies my mom made.  In an attempt to reign in the crazy unhealthy part of it, I decided to limit the number of types of cookies to just a few of my family’s choosing.  At one point I had imagined each of my kids picking a different cookie for me to make out of the family repertoire.  Spritz?  Chocolate Pinwheel? Santa Thumbprint?  I had picked the Scandinavian Oatmeal cookies, they had all the rest to choose from.  Then, they go and throw a wrench into my tradition by informing me that none of them were what they wanted.

In fact, my teen informed me she wanted to make her own cookie–bourbon balls.  (There’s not enough booze in them to get anyone high, so I don’t count them as an alcoholic no-no.)   Fine.  One less recipe for me to deal with.  I can let go of some of the cookie control, no problem. Besides, this freed me up to experiment with the quince-lime marmalade cookies I posted about in my last post–not at all part of my growing up tradition.

My husband wanted his aunt’s rolled spice cookies.  I don’t do rolled cookies, so he and my nine-year-old made them.  (Well, except the part where the husband forgot the orange peel and I had to knead it all in there after the dough had chilled.  I still didn’t have to roll it out and use cookie cutters or actually bake them.)

It was my son who threw me the biggest curve-ball.  His fondest most desired cookie is not one of mine.  I know.  Break a mother’s heart, kiddo!  In fact, his biggest fondest sweetest cookie memory comes from the car pool.  Ever since he was four, he has been part of this crazy carpool  from school.  One of the moms who picks up regularly has always made this minty-chocolate cookie that is a huge hit.  By now, I’m sure she’s made thousands of them for bake sales and as gifts.  And, frankly, they are uber-yummy.  This year, when I offered each kid a cookie pick, my son didn’t take half a second to say he wanted  “Christa’s Cookies.”  My daughter, also part of the same carpool for years, chimed in with hearty agreement.

I had never made these cookies before, but Christa had given me the recipe a while ago.  I figured the kids get them in the car pool, so there was no reason for me to make them because I would just eat way too many of them myself.  I mean, these are seriously good cookies–dark rich chocolate cookie crumb with a mint chocolate frosting.  They are dangerously easy to make.  I waited until today to make them because we have a few social gatherings this weekend and there is less time for me to eat them before I can give them away.  I will need to use self-control to not nibble at them, and as I write this I have already lost that battle for a good percentage of my daily calorie count.  Once they are in a closed box, it will be easier, and I’m forcing myself to blog and do other stuff on the computer until the frosting has cooled enough to do that.

The thing about the cookie that really gets to me is that it’s “new.”  It’s not something I grew up with.  I am sure I would have loved them as a child, but they are new-fangled and unfamiliar as a Christmas tradition for me.  For my son, though, they have a completely different meaning.  For him, they have been something that heralds in the school break and the Christmas holidays for most of his life.  They are a chocolatey reminder that my children have their own lives, memories and traditions that are part of, yet separate, from my own.  Here is where I could quote Gibran and get all teary-preachy-sentimental.  But, I won’t do that.  I have cookies I need to avoid.

Just for completeness–here’s the recipe copied from a web search so I didn’t have to type it in.  We use Ande’s mints–the little green foil wrapped things you sometimes get in restaurants and really don’t want to think about after a big meal.  (Bonus points for people who comment on that reference.) 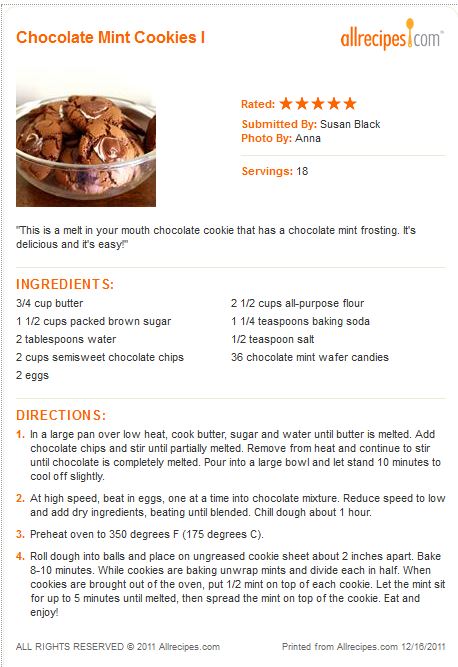