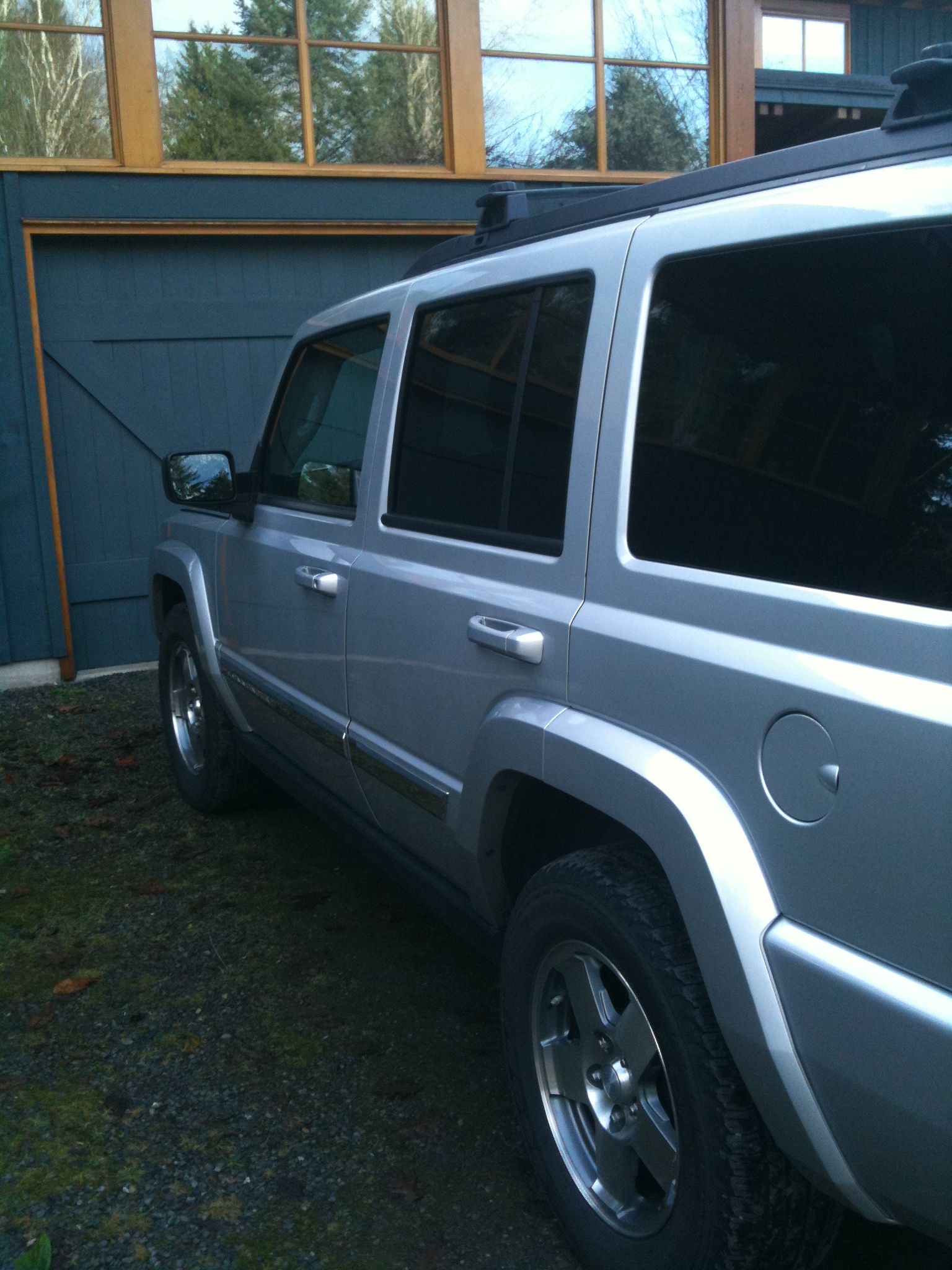 I'm afraid to try to get that thing in the garage.

Almost exactly a month ago, I got rear-ended on the freeway. I was literally stopped behind traffic, the car behind me stopped and the car behind him made for a double whammy. It turns out that there was actually some damage to my bumper, though I didn’t see it until today when the insurance adjuster showed it to me in bright light. Granted, it didn’t appear to be much, and it seems as though the internal safety parts of my little Mazda 5 are fine. But, since I was already at the car repair shop, and a seemingly small scratch can lead to chipping, flaking and eventual ugliness, I decided to go ahead and get the bumper fixed at the insured’s expense.

Here’s the sort of fun part–the rental car. When I found out that they might not be done before Friday’s carpool, I insisted on a car that could carry me and my charges. The ONLY thing their rental company they work with had was this Jeep Commander. Or whatever it is. It is…big. It’s as big as or bigger than the Ford F-150. And the visibility is worse than other car I have ever driven or owned. I can’t see anything to the right side of me and hardly anything over the top of the farthest back seats. The huge side mirrors only help a bit, and I find that aspect very frustrating.

The only thing is…there’s a certain guilty pleasure in driving such a humongous vehicle. When I switched to my Mazda 5 three years ago, it was primarily to save on gas. Not just the expense of purchasing gas, but the greater expense of simply USING gas. I looked at the Highlander as an option, but the mileage wasn’t any better than the Mazda and it cost nearly twice as much. So, I bought the cheaper, smaller, fuel efficient vehicle that suited my needs. I regularly have six people in the car, and it was really a great option.

The Jeep has a few positives going for it. I feel completely safe in that thing. I mean, it’s so huge that I could probably plow over anything in the road and be just fine. It’s sort of like driving an armored vehicle. It’s amazingly comfortable, too. Both my daughter and I are thinking that it’s sort of cushy and plush in a manly sort of way. Add to that the fact that you don’t hear the asphalt crunching away at sixty miles an hour, and it’s a pretty nice ride.

It’s not, in any way, a car I would choose to purchase. But, I have to admit there’s a tiny part of me that’s enjoying the ride.