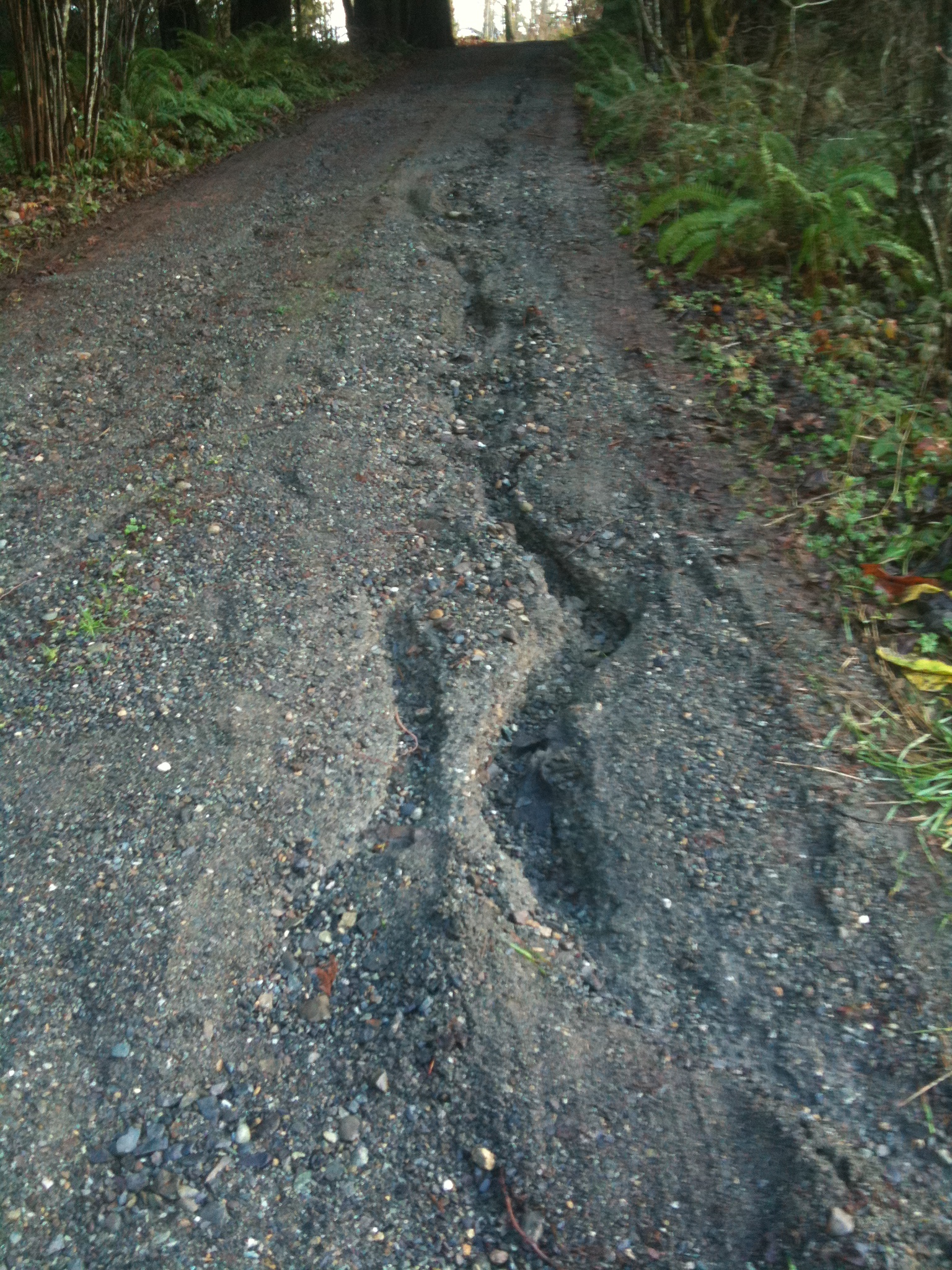 Looking up our driveway.

I’ll start by referencing my previous post for brevity’s sake. The little addendum to the story about the laundry room flood is this: We recently discovered the radiator in our bathroom was not heating up. It was confusing even to the radiator repair guy who came out. He finally convinced us the only way for him to figure out what was blocking the radiator would be to cut a hole in the ceiling in the library; yes, the very ceiling we finally had patched and repainted just six months ago. After cutting the holes, the repairman explained that the little radiator we had removed from the laundry room was on the same loop as the one in the bathroom. Whoever removed that radiator had simply capped it off and not known that two radiators were on the same loop. To repair this, he had to access the tubes of the deleted radiator which required cutting holes in the laundry room walls. Now the radiator in the bathroom is working again, but I have two holes in the library ceiling and one in the laundry room to fix. (At least my towels are warm!) 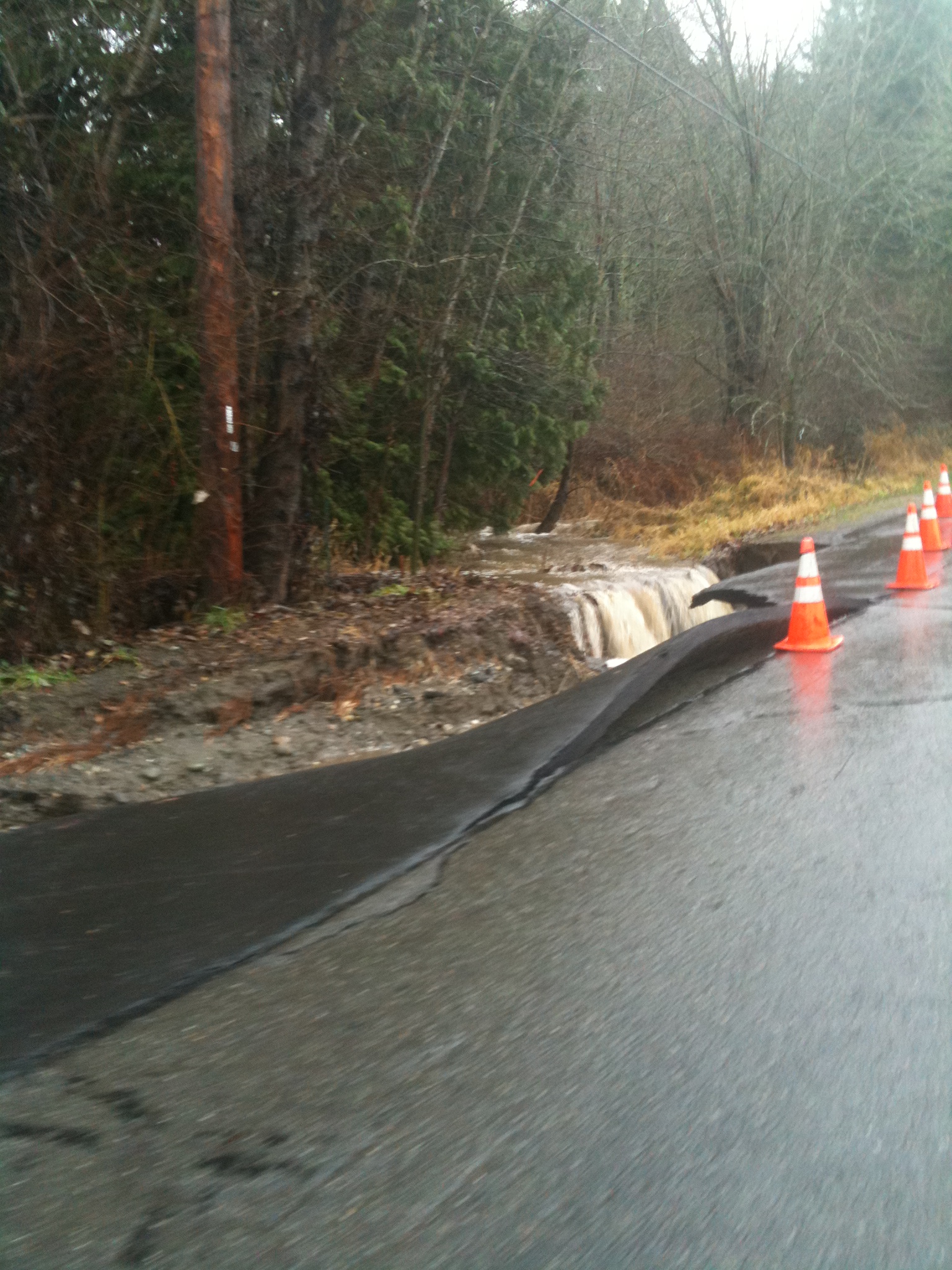 The road next to our house.

And now to add another to the list of things related to the wet. I realize this picture isn’t quite as dramatic as the actual event itself, but the little crevice there formed by gravel is actually on the order of eight inches deep. The gravel that was in the driveway was washed into the street by one of our recent major storms a couple of weeks ago. When I left the house around 9am to head to church that morning, there was a very active stream wooshing down hill. I called Bill with an urgent, “the driveway’s being washed away” and went blithely to church. He spent the next two hours digging diversionary trenches and clearing clogged drains while it continued to rain. This was on December 12th, the day of the company holiday party. It was raining hard enough that the two hours spent outside was enough to drench him completely even through the brand new better-than-gortex coat we’d just purchased at REI and to soak through to the iPhone in his pocket. (Rice saved it.) 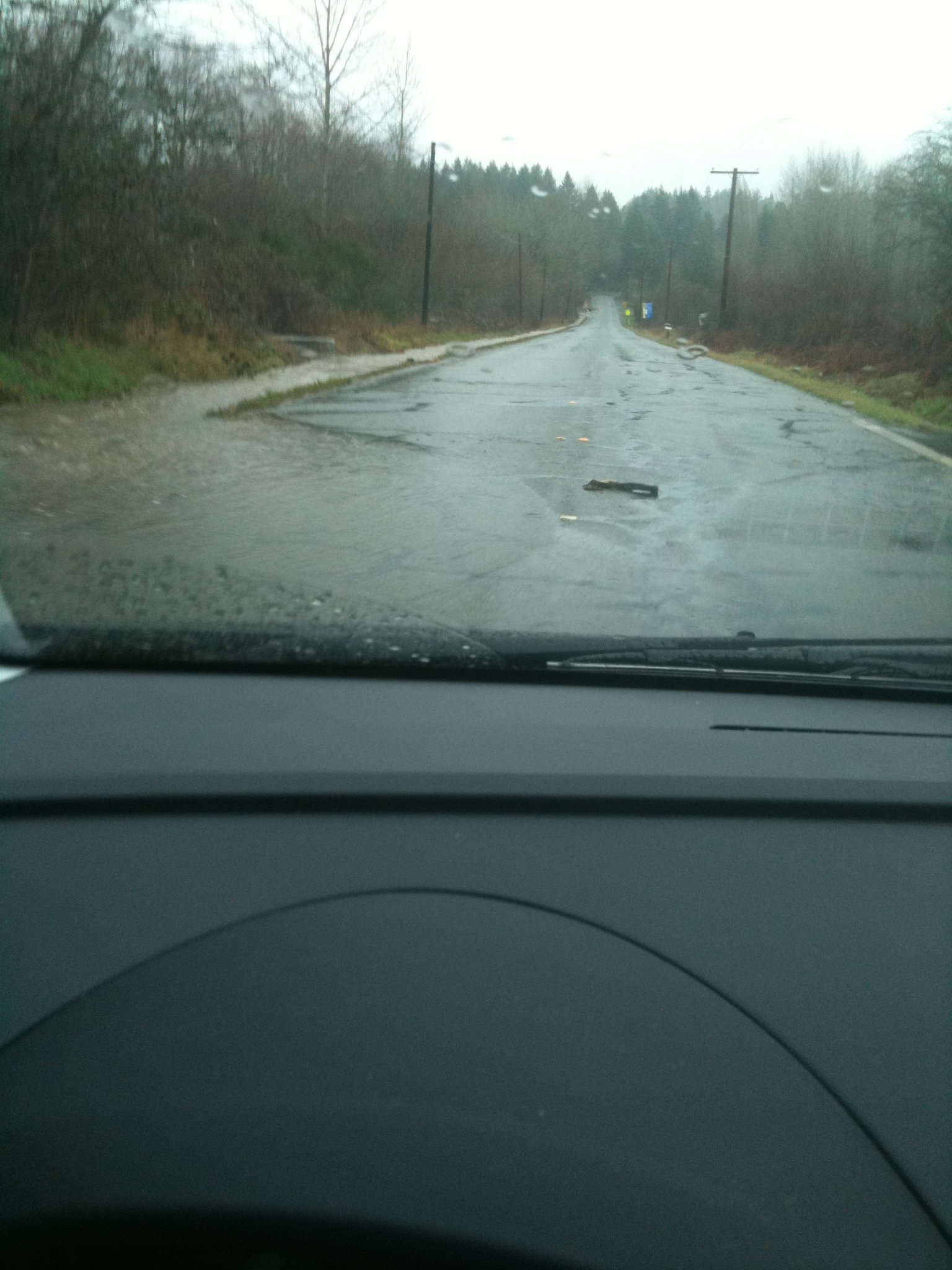 The water is almost meeting in the middle....

The other road to our place was closed off with water over the road way, or so I thought. And, on the way home, the only other road to our house (picture to the right) was very nearly closed off to do water over the roadway. Later that day, the power went off. We found out later there was a landslide across the road south of us that took out a pretty sizable chunk of land and trees. Everything worked out in the end, and our power was back on by the next morning. The driveway has been filled in with new gravel and the drains are all set to move water away from the middle of the driveway during the next storm.