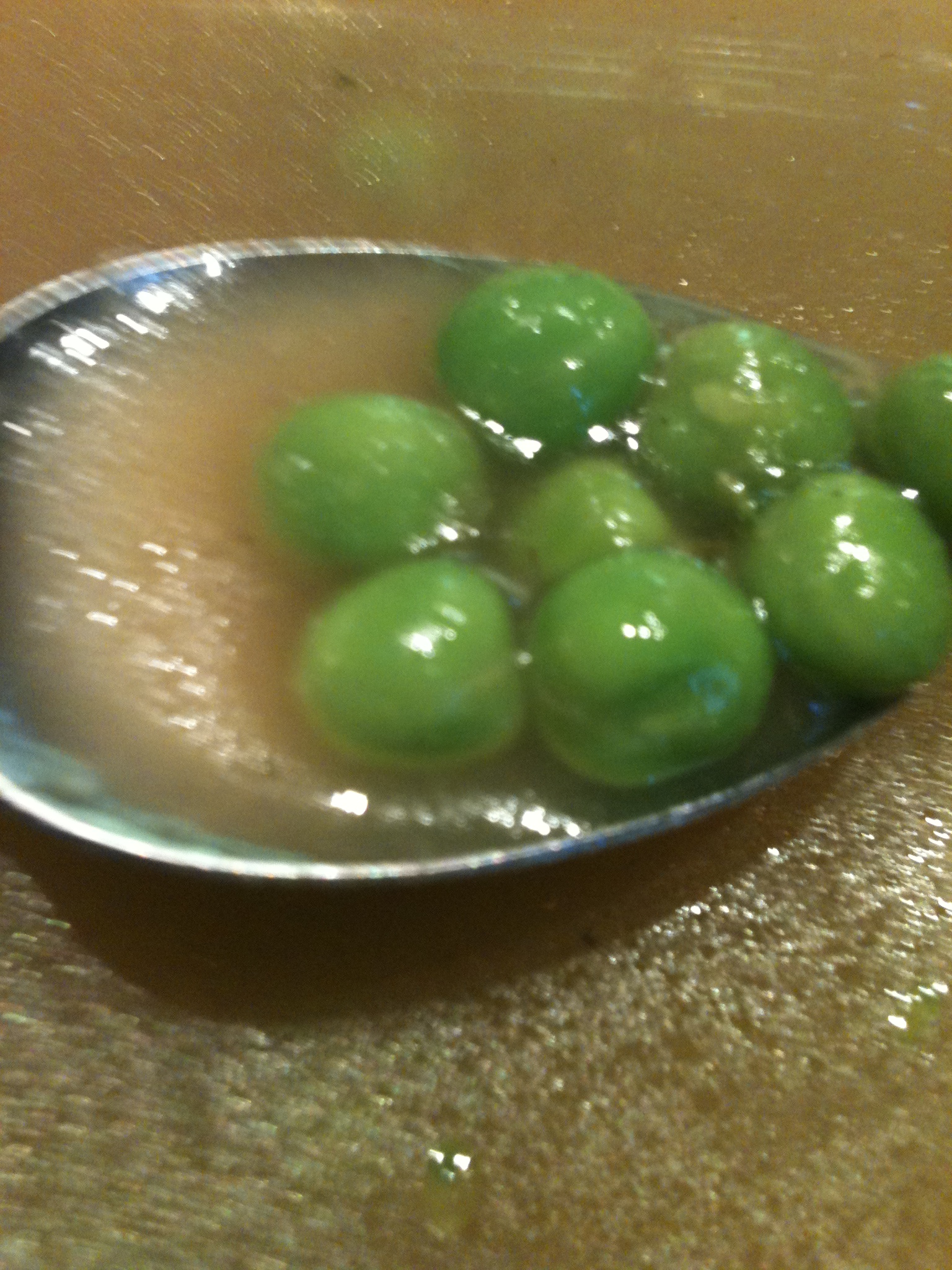 The question, “what’s in the broth?” could be asked in any number of tones of voice in my household these days. Sometimes it is laced with the suspicious nervousness of a wary eight year old. At other times, like tonight when I served this amazing soup for dinner, it’s a different tone–one that I get occasionally–the “is this really vegan?” tone of voice. I prefer the last one because it usually means I’ve made something that tastes so good it doesn’t matter to the concerned party that it actually is really vegan. The ‘cream cheese’ frosting I made last week, for example, had my eight year old asking whether or not it was vegan. I told him if he had to ask, he must have liked it. He looked at me funny and finished the cake without pushing the point.

So here is another really delicious recipe, pretty much just made up from experience and what I felt like doing on the fly.

Using a non-stick stock pot, place the onions, leek, and shallot into the pot with cup of water or so. Cover and steam them until they are soft. Watch carefully and allow the onions to begin to brown and stick just a little bit–but stop them from burning. Just as they are getting brown, pour in another cup of water and de-glaze the pan. Put the broth cubes into the pan and mush up with the onions until they are dissolved. Add six cups more water and bring to a boil. Turn down the heat and let the broth simmer for about half an hour. Meanwhile, shell the peas. Once the broth has simmered, use an immersion blender to puree any bits of onion that haven’t dissolved into the broth. Put the soup back on the stove and add the peas. Cook for three or four minutes, but not so long the peas get mushy. I like it when the peas sort of still go pop in my mouth when I bite down on them. Season with salt and pepper to taste.